Desert Plants with Vamping - An Interview 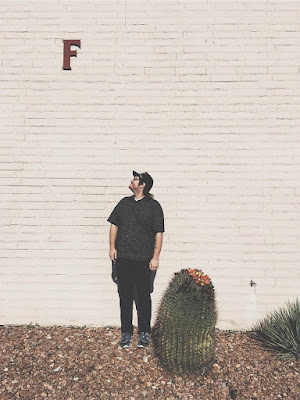 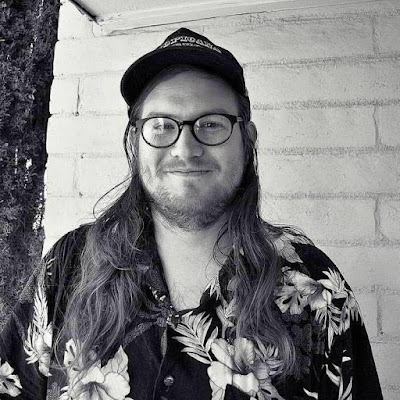 Q. When did Vamping start? Tell us about the history...
Vamping is the solo project of singer and guitarist Broderick Adams, previously of a space rock outfit Mount Ivy. Vamping began during a move to El Paso from a small town in the Texas panhandle in March of 2017. The project began with me doing some acoustic demos and toying around with some new songs. They didn't quite fit with the ambient/post rock kind of stuff I was doing before but I still enjoyed the creative outlet so I set them aside. I began to demo these songs with a little more direction and shoot them out to some friends to get some feedback to which I received some positive response. The recording for the album started in April of 2017 and was recorded on mostly one mic a certain EV660 from the 1980's. The album "Desert Plants" took it's first breath when I was on a walk surrounded by Italian Cypress, cholla cactus and vibrant wildflower variations. It was 110 degrees outside and my first theme came to me. "Wither away in the sun. I'm starting to think you're the one that I'll share bloom with. We are like the desert plants holding the rays in our hands made for adversity."

Q: Who are your influences?
If I had to pick a top 3 main influences it would be as follows:

1. Fleetwood Mac
The Mac just knew how to write excellent pop songs with relatable emotions. I was always taken aback by Stevie Nick's flowy vocals and vocal melodies. The whole band had songwriting talent and in my opinion they were just a super group. The always put the music first even when they were in off and on relationships writing songs about each other.


2. The Delfonics
The Delfonics are quintessential soul for me. The harmonies are unreal and had a huge influence on how I approach vocal harmony. I never tire of listening to their music and they just write those classy love songs/heartbreak songs. They handle their emotions with grace which I appreciate and the energy in their music makes it hard not to move.

3. New Order
Especially for this record New Order had a huge influence with the waves they made in the new wave world. The Oberheim drum machines laying down that memorable 4/4 groove, guitar chorus, synths oscillating and longing vocal lines tying the whole sound together. I always had an appreciation for the style growing up and the more I listened I always came back to these guys for inspiration.

Q. Make a list of 5 albums of all time…
This question is always a difficult one but I will try! I can't put these in a particular order because it will take eons.
1. The Delfonics - Alive and Kicking
2. Fleetwood Mac - Rumours
3. New Order - Substance
4. The Velvet Underground & Nico - The Velvet Underground & Nico
5. Margot and the Nuclear So & So's - The Dust of Retreat

Q. How do you feel playing live?
I love to play live because of the connection you get with the people. You get to experiment with the music and sort of give it a life you can never give it in the recording process. There is a whole other human aspect to the music in a live setting. It is probably the most stressful part of the process because I take performance very seriously. I've never wanted to be one of those artists that you go see and you are disappointed because the vocals were off or the band sounded terrible. I like to spend a healthy amount of time polishing the live set and making a memorable experience for fans and newcomers to the music.

Q. How do you describe Vamping sounds?
I describe Vamping as dream pop/bedroom pop. I used a minimalist approach to these songs recording on only an EV660 mic for all the tracks you hear. It was recording in my bedroom near the Franklin Mountains. I love the nostalgic sound of older recordings so I tried to emulate that with my process. The dream pop is sort of based on the use of reverb and delay on guitars and vocals to create a smoother listening experience.


Q. Which new bands do you recommend?
I highly recommend you check out these 5 bands!

Q: Which band would you love to made a cover version of?
This is also a tough question but I think maybe I would do a Velvet Underground cover maybe "I Found a Reason".

Q: What are your plans for the future?
I plan on letting the writing process come naturally and continuing to release material under Vamping as it comes to me. This is the leisure of being an indie artist is sort of being able to take your time on the craft without deadlines. I'm working on merch at the moment and hoping to do a tape release of "Desert Plants" before the end of the year.

Q: Any parting words?
I would like to thank Renato first and foremost for this interview and for letting me be a part of his blog. Thank you for checking out my music and I hope you have enjoyed the sounds from the desert.