Bicycle Face with The Persian Leaps - An Interview 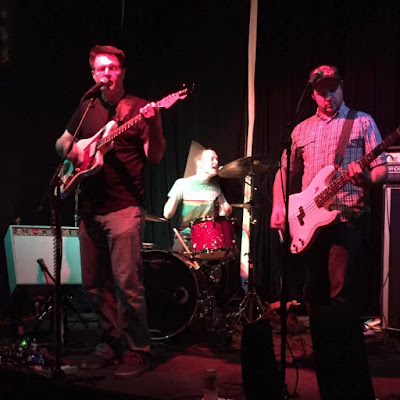 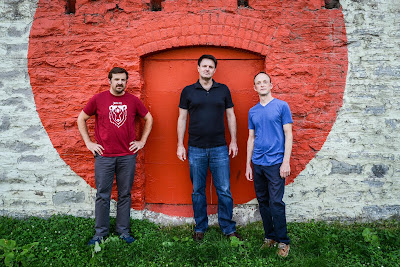 Q. When did The Persian Leaps start? Tell us about the history...
- The name The Persian Leaps came from a phrase I doodled in a notebook margin during a college Greek archaeology class. The band started in the late-1990s as my 4-track/bedroom recording project. I shared the recordings with a few people but it wasn't until 2012 that I actually formed a band and started performing and recording in earnest. We've released a 5-song EP each fall since 2013 and will release our 5th and final EP in the series this fall.

Q: Who are your influences?
- I came of age in the '80s and early '90s. The bands I loved back then are still the biggest influences on me: Guided By Voices, The Smiths, Teenage Fanclub, The Posies, Pavement, REM.

Q. Make a list of 5 albums of all time…
- Honestly, I've tried this exercise in the past and can't even narrow it down any further than my top 15 (in no particular order):

Q. How do you feel playing live?
- It's usually enjoyable but we're doing it less and less. We've never been able to tour because we all have careers, families, and mortgages, so we mostly play in Minneapolis and Saint Paul.

Q. How do you describe The Persian Leaps sounds?
- We're an indie rock/power pop band. Our music is a mixture of chiming, jangling guitars over a bed of fuzz and distortion. We favor hooks, harmonies, and brevity over all else.


Q: Tell us about the process of recording the songs?
- For years now, we've followed the same routine. Every winter we record the 5 best new songs we have available that fit together. We work with our friend, Neil Weir, who owns a studio in Minneapolis called Blue Bell Knoll. We accidentally fell into using the least efficient process possible. Instead of recording the basic tracks for all 5 songs in a single session, we record one complete song per session, usually about once a month. So at the end of each session, we have a mostly finished song that I can listen to for awhile and decide what additions/subtractions make sense.

Q. Which new bands do you recommend?
- Honestly, I've been listening to and liking less and less new music. Mitski is the last artist I remember being blown away by--her voice is amazing. Instead, I'm mostly catching up on bands and albums that were before my time or that I never got around to checking out. For example, I picked up AC/DC's "Back in Black" and listened to it a lot last month. I'd only ever heard the 2-3 obvious songs from that album. It was really fun to hear, although I might have appreciated the lyrical content more when I was 14. I had to keep reminding myself that it wasn't Spinal Tap.

Q: Which band would you love to made a cover version of?
- Not a day goes by that I don't hear a song and think about covering it, but we've mostly played original material so far. That said, my dream is to someday release an EP consisting of covers of songs by Robyn, the Swedish pop star. Her song "Call Your Girlfriend" is one of my all-time favorites. I recorded a demo version of it in our style. Maybe someday I'll do something with it.

Q: What are your plans for the future?
- We're releasing our EP on September 22 and then taking some time off. We recorded a new song over the summer and plan to release it next year on some sort of anthology/"best of" compilation that will include our favorite songs from all 5 EPs. Beyond that, the future is murky at best.
*
*
*
Thanks