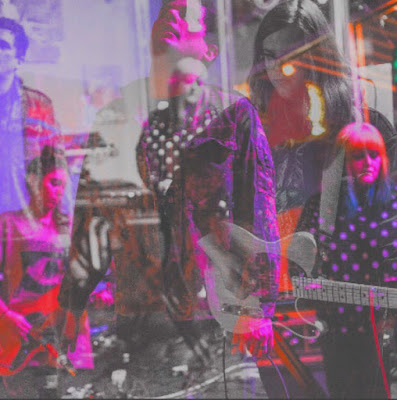 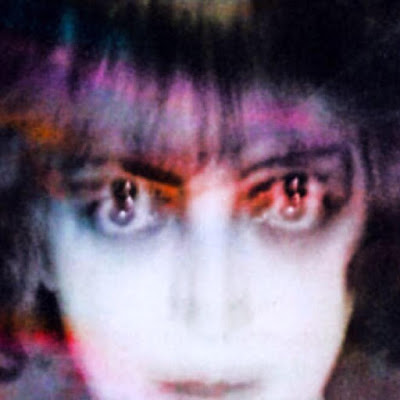 Q. When did Vacant Stares start? Tell us about the history...
In early 2016 Stephanie (synths) and a couple other guys were writing songs as a band called Useless Prayers. It was kind of deathrocky, they had a demo that sounded like UK82goth and metal. It was cool, but very different from V S. Justin (vocals) had just returned from a long European tour with another band called Shadowhouse and was very poor, underemployed and bored. Stephanie asked Justin if he'd like to try out on guitar for Useless Prayers. Justin had never played guitar before and played kinda weird, which changed the songs. They became softer and more dancey.
Eventually the singer and bass player guys left and Justin moved to vocals. Stephanie brought in Loren to play bass and Josh from Shadowhouse joined on guitar. After that we wrote a bunch of songs and started playing out as Vacant Stares.

Q. How do you feel playing live?
Awkward and self conscious, mostly. We get very high and drunk before we perform as means of coping with anxiety. It's a lot of fun though. We're getting more confident.

Q. How do you describe Vacant Stares sounds?
like you're in Miami, and it's beautiful, but you're sad


Q: Tell us about the process of recording the songs ?
We write and record simultaneously. Someone will come up with a phrase or riff, then we'll flesh that into a song. Usually bass or synthesizer comes first, we record scraps with our phones and work on them at home. The beats are written on a freeware drum machine. Once the bones are recorded we practice the song and it goes through countless changes, eventually becoming the song. Lyrics and vocals come last. Some songs took months to finish, working slowly.

We record everything ourselves, to a Tascam 8 track through a eurorack mixer, usually line-in, with the vocals and bass sometimes re-amped for echo. Some editing and panning with Audacity. It's simple and cheap.

Q: Which band would you love to made a cover version of?
maybe some songs by Iron Curtain, Solid Space, Au Pairs, Laura Branigan, Stacey Q, Sparks, SS Say, The Chills, but no one particular band

Q: What are your plans for the future?
We are recording a full length, if we finish soon it'll come out this winter. Our tentative goal is January 2018. Maybe tour sometime thenafter?

Q: Any parting words?
If you pour robitussin cough syrup on Dorito's and let it dry, you can smoke it with a hash pipe and stare into the urethra of God.
*
*
*
Thanks