Melancholia with 12 Decembers - An Interview 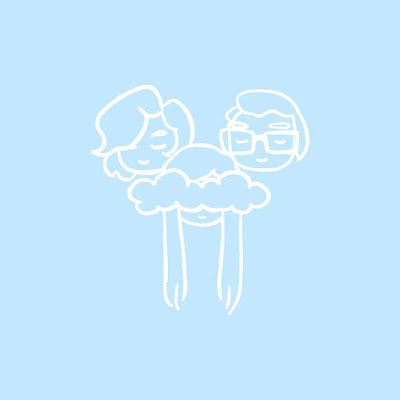 Q. When did 12 Decembers start? Tell us about the history...
A: 12 Decembers was born out of Ryan and I's already existing collaborations. We had previously worked together repeatedly under our own solo projects. The tipping point came when Ryan and I started listening to a lot of bands together and realized had a great musical connection. After forming the band initially we added two new members, Sky and Luna, during the process of collaborations with them. We had been friends with them for a few years already, so we felt comfortable asking them to join us rather quickly.

Q: Who are your influences?
A: A lot of shoegaze bands for one. Slowdive, My Bloody Valentine, & M83 are probably the ones who stand out the most in our music. There's a lot of music I listened to growing up that influences me to this day. Artists like Brand New, The Weakerthans, Ween, Passion Pit, & The Smiths, just to name a few. I've always been of somewhat eclectic taste though, so there's probably a bit too much to get into my head fully when it comes to musical influences.

Q. Make a list of 5 albums of all time…
A: My top lists are constantly changing, but for right now I'd say (in no particular order)

OK Computer by Radiohead
Remain In Light by Talking Heads
The Devil & God Are Raging Inside Me by Brand New
Hurry Up, We're Dreaming by M83
The Wall by Pink Floyd

Q. How do you feel playing live?
A: I've personally got experience playing live with bands before. In my early teenage years I was in multiple local punk bands. Playing live has always been a huge rush, and I look forward to being able to share that experience with my bandmates soon. We've been practicing but we've got more work to do before we'll quite be ready. Come time for our EP's release we should be ready.

Q. How do you describe 12 Decembers sounds?
A: Our music combines ethereal, airy sounds & electronic ambience with lush traditional-rock instrumentation. That's the goal at least!


Q: Tell us about the process of recording the songs?
A: The first single we released, antiheroes, started as a piano demo Ryan wrote & got Sky to record vocals for. He sent me the demo and I knew immediately what direction I wanted to take it. I did the drums. guitar, bass, and some of the keys within a couple days, and then Ryan recorded a bunch of synth parts that I put together. Our new single Melancholia was originally a hip hop track Ryan made & got Luna to record vocals on. He wasn't sure where to go with it so he sent it to me and I took the base of the song he made (melodies, piano, vocals) & overhauled everything else. Then I wrote the verse and sent it to Sky, and she did a wonderful job with it.

Q. Which new bands do you recommend?
A: The World Is A Beautiful Place, Japanese Breakfast, Carol Cleveland Sings & Car Seat Headrest stand out to me as my favorite "current" artists.

Q: Which band would you love to made a cover version of?
A: I really would love for us to do our own version of something by Ween. They're one of my favorite bands of all time, as well as one of the most underrated bands of all time. I don't know if we could do it it justice but it would be fun I'm sure.

Q: What are your plans for the future?
A: I'm dedicated to getting us (as a band) out there, mostly. But I've also got college in the near future as well, where I'll be working in a music course.

Q: Any parting words?
A: I speak for everyone in the band when I say we really appreciate the response we've gotten to our work so far. We value the time you give us & our work. More info about our debut EP will come very soon :)
*
*
*
Thanks