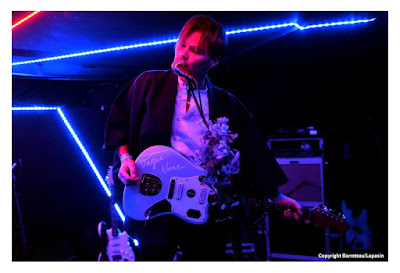 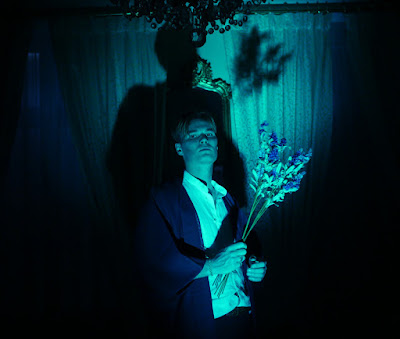 Q. When did Pastel Coast start? Tell us about the history...
Pastel Coast starts in 2015 with a first digital EP « Childhood ». But it really began on stage in October 2016 with the second EP « Sense ». Now I’ve just done my third EP in French called « Vague Noire ».

Q: Who are your influences?
First I Would say that i’ve got an admiration for the 80’s with this particular way of singing, composing and of making music something pictural. In France, UK, USA, that kind of sound made with Reverb resonate in me, as The Cure, The Smiths, Tears For Fears, Talk Talk, Etienne Daho…

Secondly, I think that Shoegaze is an influence even if my music can be sometimes far away from that 90’s Sounds. I’m really Impressed with the begining of The Verve, Oasis, Slowdive, Ride, My Bloody Valentine.

In the End, if you mix this two decades together you can find acutually some Indie pop- jangle pop - lofi influences. I have learnt a lot from, The Drums, Beach Fossils, DIIV, Beach house, Future Islands etc. Melancholy seems to be everywhere.

In another kind of influences, i think that i’m a bit inspired with Ghost movies, Vampires, soft Horror, the True « romance » of the XIX, the Sea, and of course women.

Q. Make a list of 5 albums of all time…
Such a difficult Question. There are too much album I love, but the first one is maybe « The Verve – Urban Hymns », even if there’s no direct link with Pastel Coast.

Q. How do you feel playing live?
I’ve got the impression to tell a story, maybe mine, feeling really me inside. I dance, too shy to look to the public. At the end I have too much talked and I’m exhausted, but that’s a good impression when you feel people sensitive to your work.


Q. How do you describe Pastel Coast sounds?
Maybe Pastel Coast ‘ sounds is share between soft melancholy and cold Dance. I’m in love with Duality in music. The impact of Strenghts.
I love when you listen to the same music two times and feel different sensitive.

I Try in Pastel Coast to make the same process. First it’s the sun, the sweet beach and peace, summer with friends. Then you listen again, pay attention to the lyrics, and it’s the cold sand, the iced waves, cursed love and disorder. It make sense when you listen to The 80’s Pop.

Q: Tell us about the process of recording the songs ?
It’s very instinctive. When i’ve got something in Head, i comeback to my room and record it on my computer. It’s very easy.

Then I choose the « songs » I prefer between all this impulsives creations and done it with serious a second times. This part of the process can be very long.

The third step is to create lyrics. You take time, alone with yourself, at night, in the morning, in the transport. I always records some melodies on my phone to remember them.

Q. Which new bands do you recommend?
I’m in a collective called « Noord Sfeer Records », an association based on mutual aids. We share some concerts too. Those bands are really awesomes, coming from the North of France. We ve got approximatively the same influences but not the same way to make them real in a song.

Otherwise, I also Love the solo project of Johnny Aries from The Drums Like a revival of the Smiths in a darker pop universe.
I have recently discovered a band from Amsterdam « Dakota » with a lot of manliness in their feminity. Very poetic.
Another band « Ilgen Nur » from Hamburg , with more melancholy and sensitivity.

The last i recommend is Plattenbau, my friends from Berlin, because I’m an Aquarious in love with Reverb and Chorus.

Q: Which band would you love to made a cover version of?
Too much unfortunatly to make one real. Actually i would said : Simple red – « Holding back the tears », « Melancholy man » from The Wake, « promesses » from Etienne Daho or … maybe « Macarena » from Damso.

Q: What are your plans for the future?
[in no particular order]

Make an album, a LP Records. Make Love. Act in an Horror movie. Party. Travel. Find others Love words. Adopt a dog. See the sea. Surf. Read. Have 3 daughters , one boy and manage the best Dream pop band of the World. Support The Drums one night. Be in peace

Q: Any parting words?
I Will support Beach Fossils the 19.09 and François and the Atlas Mountains in November, stay tuned. Cursed Love
Pastel
*
*
*
Thanks