Swell with Lunar Vacation - An Interview 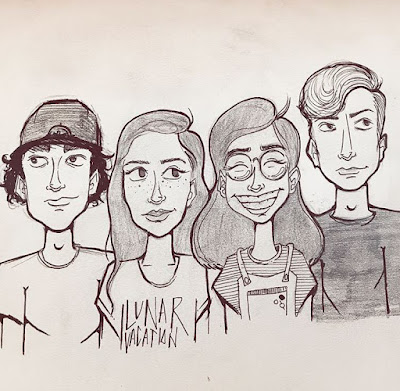 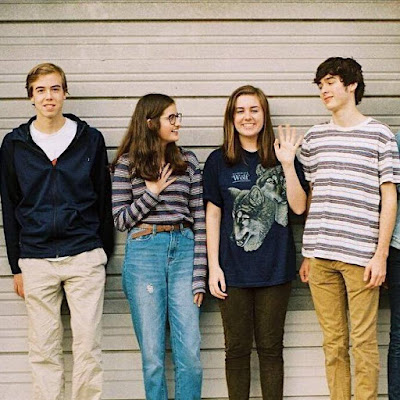 Q. When did Lunar Vacation start? Tell us about the history...
A: We are based in Atlanta, Georgia. It originally started as my (Grace-vocalist/guitarist) solo project, but then turned into a duo with Maggie (guitarist), then finally settled as a four piece band: Me, Maggie, John Michael (bass/synth) and Connor (drums). We all went to the same high school and met through mutual friends. Then one day we were all jamming, and just vibed really well together. We've been together since August 2016!

Q: Who are your influences?
A: We like a variety of music, but we are mostly influenced by Alvvays, Real Estate, Tame Impala, The Smiths, and a bunch of others. Too many to name!

Q. Make a list of 5 albuns of all time…
Sunken by Twin Peaks
Louder Than Bombs by The Smiths
Room on Fire by The Strokes
InnerSpeaker by Tame Impala
Loaded by the Velvet Underground

Q. How do you feel playing live?
A: We love it! It's so fun to be with your best friends playing your songs. One of the craziest things is to have people sing your songs at your concerts, it's surreal.


Q. How do you describe Lunas Vacation sounds?
A: We would generalize it under the category of "surf rock" but since there are no beaches in Atlanta, we made our own genre called "pool rock". Basically smooth, dreamy surf music.

Q: Tell us about the process of recording the songs ?
A: We would go after school and record the songs off of our EP, "Swell", at our friend Chris Senador's (Antarcticats) house. It was a small, cozy room with two mics in it. Then had to re-record some parts at our house to then send it over for mixing and mastering.

Q. Which new bands do you recommend?
A: As for local bands, I would recommend Pinkest, The Pellys, Antarcticats, and Fantasy Guys. Other bands (non local), I've been really digging Hot Flash Heat Wave, NE-HI, and Vacationer.

Q: Which song would you love to made a cover version of?
A: "I Can't Help Myself" by the Four Tops.

Q: What are your plans for the future?
A: We're writing/recording a full length album right now, but the ultimate goal is to be signed to Captured Tracks or Grand Jury or a cool label like that, and tour a lot!

Q: Any parting words?
A: Go listen to our new EP Swell, its on Spotify, iTunes, Apple Music and Bandcamp. We worked very hard on it. Thank you for everything. We hope to come to Brazil one day.
*
*
*
Thanks