Inertia with We Are Parasols - An Interview 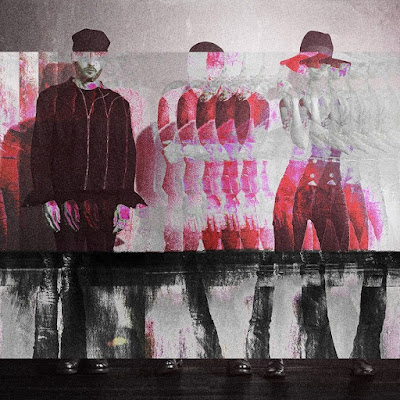 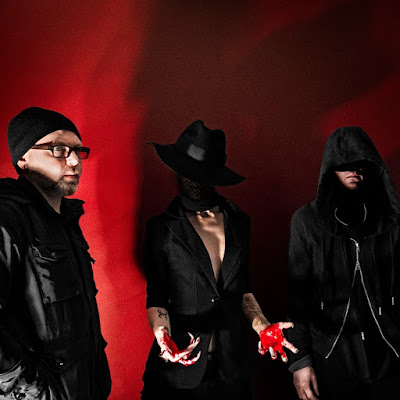 Q. When did We Are Parasols start? Tell us about the history...
Jeremy - Officially We Are Parasols began in 2015. Before that D and I had been somewhat casually working on another version of the project just called Parasols, which began in 2011. Sometimes Parasols was my solo project and sometimes it was a duo but it was mostly studio experimentation and we didn’t have a defined focus or any longterm goals. In 2014 D and I took a break, but then in 2015 we became very inspired by a SPC ECO record, The Art of Pop, and decided to regroup. We wrote and recorded a single, “re:Union” and decided to make a record that incorporated reworked and updated songs from the Parasols catalog as well as new songs and a couple covers. That collection became our debut as We Are Parasols, Infrastructure. As far as our personal connections - Alec, who joined during the recording of Infrastructure, played in several bands with me from 1997-2003, when I lived in Atlanta, including an electronic/trip-hop band, underwater. He still lives in Atlanta but travels to Portland for live shows and recording. D and I are married - our wedding is in the video for “re:Union”.

Q. Who are your influences?
Jeremy - You’ll probably get a very different list from each of us. Curve is a big one for all of us, as well as The Cocteau Twins. I’m inspired as much by noisy guitar bands like My Bloody Valentine, Mogwai, and Medicine as I am by electronic and industrial bands like Depeche Mode, Nine Inch Nails, and Skinny Puppy. Also, a lot of sci-fi and independent cinema, and film soundtracks.

D - My general musical influences over the years have been wildly varied. In my childhood I was all about Michael and Janet Jackson, Madonna, and George Michael. I remember also really enjoying Enya and Enigma. (I have my mother to thank for introducing me to so much music when I was a child from Cab Calloway to Mozart to Pink Floyd.)
The soundtrack to my teens was mostly filled with tracks from Garbage. That band really defined my adolescence.

Into adulthood some of my influences, as I developed as a musician, were Curve, Goldfrapp, Trent Reznor, Bjork, Aphex Twin, Fever Ray, Portishead, Depeche Mode, Tricky, and The Kills (one of my favorite live performers).

Alec - Siouxsie & The Banshees Tinderbox, Gazelle Twin Unflesh, Cocteau Twins Tiny Dynamine, - I give up and that last one was only an EP.

Q. How do you feel playing live?
Jeremy - I love it, when it goes well, of course. It can be stressful and all the before and after is a bit tedious. But the 30-45 minutes or however long it is when we’re actually playing, assuming there aren’t drunk people yelling or gear failing to work, can be the closest thing to spirituality I experience on a regular basis. Playing live and meditation are very similar - If you can get past all the distractions and just be there it’s amazing but if the distractions win it’s a depressing mess.

D - I was in two bands before We Are Parasols and I was the bass player in both. I never performed as a singer before We Are Parasols. So being the “lead singer” is still kind of a strange position for me. I am not fully comfortable with the idea of being seen as the front person of a band.
I’m still learning about my own voice and how to use it. So performing live continues to be a sore spot because I still don’t feel comfortable with my vocals (live) or with my overall stage presence due to some fairly intense stage fright issues. For the past few years I have been working hard to fight through my insecurities. Sometimes I go through periods of feeling more confident with my singing and stage performance. Then there are the times when I feel like throwing in the towel and giving up because dealing with the anxiety can be so exhausting.
Luckily, I have a stronger desire — or, really, a need — to continue to make and perform music. So that deep need often overrides the fears I have about creating and sharing our art, and performing live.

Alec - Stage is: transcending to an altered state. As Jeremy said, it’s spiritual-like.


Q. How do you describe We Are Parasols sounds?
Jeremy - I’ve come to like the term “Industrialgaze.” I have a feeling that somewhere along the way someone probably used it to describe music that sounds nothing like us but when we started working on our new record, Inertia, we consciously decided to merge shoegaze guitars with industrial beats and sounds. We were originally just calling it Industrial-Shoegaze, like an evolution from the Infrastructure record, which we called Electronic-Shoegaze. But then we saw bands like Bloody Knives and SPC ECO described as Industrialgaze and it seemed perfect.

Q. Tell us about the process of recording the songs?
Jeremy - I’m gonna specifically talk about recording the songs for the new record, Inertia, because the process was very different from the past but probably what we’ll stick to for the foreseeable future. Basically, Alec is almost constantly creating beats and loops in his head and he translates those to one of the various programs or apps he uses on his phone or iPad like Figure or Korg Gadget. He sends D and I tons of loops and if she is inspired to sing over one or I’m inspired to use one as the beat for a guitar or synth demo it becomes the start of a song. Songs either start as drum loops with a vocal melody that I arrange into a song structure and add synth and guitars too or as a combination of loops with fully arranged guitars and synths that D writes vocal melodies over. But, on Inertia they mostly started as loops from Alec, there are exceptions, of course, a synth demo written in a hotel room, or a drum part remembered from a dream, but everything starts from some little idea one of us has and then the others build on top of it. Nothing is written in jam session or anything like that.
Also, writing lyrics is a particularly difficult and time consuming part of the process. Deb writes full vocal melodies with very specific syllable counts. Sometimes she sings Elizabeth Frasier style word-soup and sometimes just a series of LA-LA-LAs and DA-DA-DAs. But, once she completes the melody and phrasing I write lyrics that fit as strictly to her syllable guide as possible. It’s not always very easy. The new single, “dim” had three or four versions of the chorus until we found something that we all liked.

Q. Which new bands do you recommend?
Jeremy - I’m not sure if they qualify as “new” but my two favorite discoveries from the last couple years have been Bloody Knives from Austin, TX and Youth Code from LA. Our favorite new band in Portland is a post-punk duo called Sex Park. And actually, the last time I saw Sex Park they played with this amazing band that had an oil drum onstage called Echobeds who I highly recommend.

D - I agree with the bands Jeremy mentioned. As a musician and as a radio DJ in Portland I am always seeking out new and interesting bands/artists/music. One act I’m really excited about is a power electronics duo — however, they refer to themselves as “passion electronics” — out of San Diego called Burial Wreaths.

I’ve also been into a Portland synth pop duo, Small Million. It’s this perfect blend of electronics carried along by the singer’s warm, inviting, soulful vocals. I think they have something special and hope they continue on with their vision and find the kind of success they’re looking for.

Q. Which band would you love to made a cover version of?
Jeremy - We’re currently in a “no new covers” period for the band. We did a lot of those in the past, including Slowdive and Love & Rockets. My favorite cover that we’ve done and continue to play is “We Are So Fragile” by Tubeway Army.


Q. What are your plans for the future?
Jeremy - We have a few shows booked through the end of the year and are working on some more for next Spring. We hope to make a few more music videos for Inertia. But aside from that we try not to plan too far ahead. I have a book to finish writing and I’m sure there are going be many more anti-Trump protests to go to!

D - I am focusing solely on our upcoming shows in September and December. No definite future plans for the band that I am aware of yet. Right now, I am getting ready to begin a new career; and I plan to continue volunteering at Freeform Portland. I have been there for over a year as one of their volunteer radio DJs.