Diamonds with Peak Body - An Interview 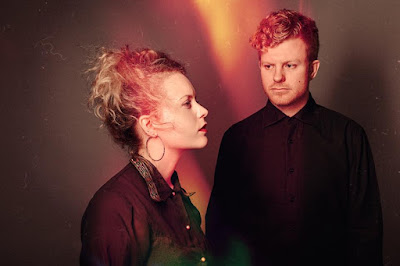 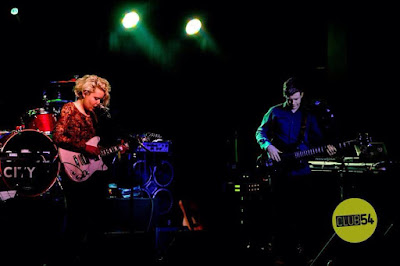 Q. When did Peak Body start? Tell us about the history...
We were both in other bands when we began playing together (Jordan in Naked, Emma in Catsuit). We had been talking about starting a new project together for ages before we actually did it. Our other projects were/are quite removed from the style of Peak Body so it's been a different creative outlet for the both of us. It feels like the band is evolving a little now, and that it's becoming more of an even partnership in terms of the songwriting and production. It's much more electro and effects driven than anything I have worked on before so it's a learning curve but I am really embracing the process.

Q. Make a list of 5 albuns of all time…
Whoa. Big question. How about five super amazing albums in no particular order...

Q. How do you feel playing live?
Jordy generally looks like he's having a great time onstage and always looks seems super chilled. I find it fun and rewarding but I have to admit that I do get pretty nervous, more so than when I have played with other bands. Some of the songs are pretty minimalistic and given that there's only two of us in the band I feel that there's a bit more pressure and less room for error. We've recently had a long break from playing live due to personal circumstances so it's been fun to start performing again. I do feel like I'm still finding my groove in a live setting with Peak Body. We do have this one song, Snickers Bar, which is super fun to play because it involves a bit of improvisation and is different every time. It either works really well and we get heaps of positive audience feedback on it or it ends up being a bit of a mess. Either way, I often end up getting pretty loose with my vocals and performance which I find really freeing! We haven't recorded that song and I don't think we ever will. There's probably a YouTube video of us playing it live.


Q: Tell us about the process of recording the songs ?
Most of our songs require backing tracks which we record in the little home studio we have set up. We often end up recording demos as we use the recording process as a kind of writing tool and the songs change and develop as we go. We recorded our just released digital/cassette EP at another studio space so the songs obviously evolve and get added to both at the recording stage and post-production. We each have our own little quirks when it comes to recording and can sometimes hear things differently which is usually a positive as we can assess the songs from the other's perspective but occasionally we will disagree and have to compromise.

Q. Which new bands do you recommend?
Maybe these aren't all super new bands but they've all got some great recent releases-

Foxy Morons, Ghost Drop, Two Steps on the Water, Heart Beach, Moody Beach, Ani Lou, Prinzhorn Dance School (this last one was recommended to us recently by a Peak Body fan and we really dig them!)

Q: Which band would you love to made a cover version of?
We have often worked on cover songs (Kate Bush, Nico and Velvet Underground) and then scrapped them before getting them to the performance stage. We're currently working on a Spacemen 3 cover. Hopefully we will actually end up performing it sometime!

Q: What are your plans for the future?
In the immediate future we are planning some shows and are going to make a film clip or two. We're also working on new material and hope to release an album in late 2018, which we'd then like to tour in Australia and possibly New Zealand too. You can keep updated on our website peak-body.com or by following us on Instagram @yourpeakbody

Q: Any parting words?
Just a few words for any women, trans, non-binary folks and people of minority groups who are thinking of starting a band or music project - do it. Music scenes everywhere need more non-white dudes playing shows, getting heard and being seen.
*
*
*
Thanks