This Is How We Fail with Poomse - An Interview 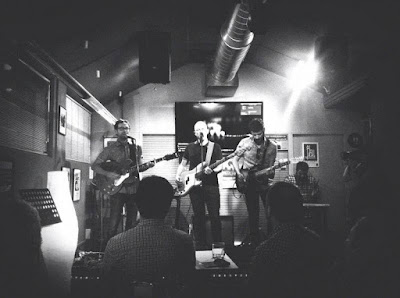 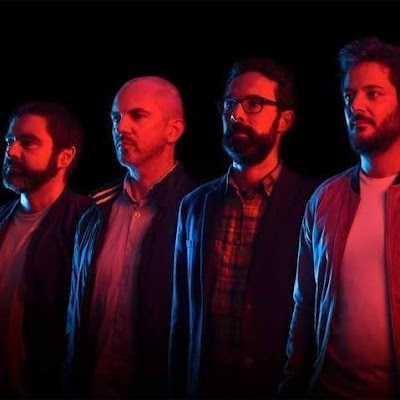 Q.When did Poomse start? Tell us about the history...
It started about ten years ago as a solo bedroom project with no genre restrictions. At the beginning, it was just me experimenting and recording quite strange songs on a computer, a mixture of analogical instruments and samples. After uploading the first songs on Myspace, Foehn Records offered to release our first record. I recorded 'Tomorrow will come & it will be fine' (Foehn Records, 2010) at home, almost completely by myself, in a very amateur way. We also released 'Star EP' (Foehn Records, 2011) and, just after that, we put a live band together to play those songs live. However, the current line-up wasn't formed until the beginning of 2012, with Joan Llabrés (drums), Sebastià Mesquida (guitar), Gaspar Reixach (bass, vocals; who's been there since the first record) and me, Llorenç Rosselló (guitar, vocals). In 2014, we released our second record 'Poomse vs the Kingdom of Death', the first one we recorded as a band. Finally, we've just released 'This is how we fail' on Espora Records. To sum up, the story of Poomse is the transition from a one-man project to a full rock band.

Q: Who are your influences?
This is a tricky one. We're four people with different influences and the sum of those is Poomse. Maybe we agree on two or three bands that we all like (Neil Young, Radiohead and a couple more maybe). If I have to speak for myself, it would be mostly American indie rock bands from the 80s and 90s (Come, Sonic Youth, Low, Will Oldham, Slint, L'Altra, Pixies, Throwing Muses, Seam, Fugazi, Sebadoh, Yo la Tengo, The Flaming Lips, etc) and also more classical stuff like The Beatles, The Velvet Underground, Love, Nick Drake,... The name-dropping could go on forever.

Q. Make a list of 5 albuns of all time…
Today it's going to be these 5:
Radiohead- Kid A
Built to Spill- Perfect from now on
David Bowie- Hunky Dory
Bill Callahan- Dream River
Pavement- Crooked rain, crooked rain

Q. How do you feel playing live?
I've progressed from feeling pretty awkward when playing live to looking forward to every concert we play as a thing I want to do badly. I think that right now we're pretty comfortable as a band when playing live. It's something we've learnt to enjoy greatly.


Q. How do you describe Poomse sounds?
I don't know, really. It's difficult for us to say what we sound like. It's probably a mixture of everything we like in music and also a reaction to everything we don't like.

Q: Tell us about the process of recording the songs ?
Most of 'This is how we fail' was recorded live in our rehearsal space during four days in Christmas of 2015. Then, we took a couple of months to re-record a couple of things we weren't satisfied with and then we recorded vocals separately. We also added some arrangements at home (mostly keyboards, some samples and a couple of guitar tracks) and, at the last moment, we decided to include the brass section at the end of 'Plastic flowers', recorded by Dídac Buscató.

Q: Which new bands do you recommend?
I don't listen to a lot of new bands lately. Maybe Whitney or Girl Band. In the last few months I've been listening a lot to Andy Shauf, June of 44, Tinderstiks, Blue Tile Lounge, Sun Kil Moon, ...

Q: Which band would you love to made a cover version of?
We've already covered a song by Irma Thomas and a Codeine's song. Right now it wouldn't be someone simliar to us in style, that would be boring. Maybe Abba, The Bee Gees or Phil Collins.

Q: What are your plans for the future?
Basically, we're looking forward to playing these new songs live. We'll probably start working on new songs pretty soon. Let's see what they sound like this time.

Q: Any parting words?
Thanks a lot for the interview. We never thought we would be interviewed by a Brazilian blog. Muito obrigado!
*
*
*
Thanks