Falling Apart with Sadfields - An Interview 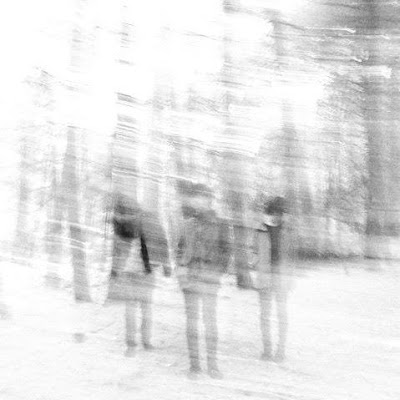 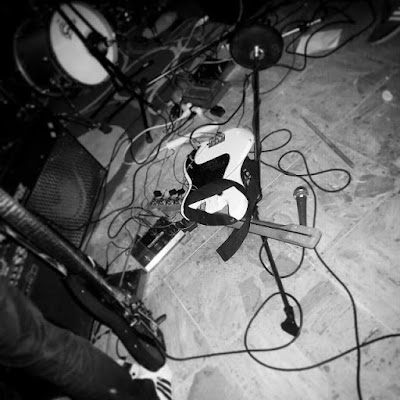 Q. When did Sadfields start? Tell us about the history...
All started one year ago. It was Autumn. As a result of the breaking up of a previous band, we ended up as a two-piece: Daniel on guitar and Erick on drums. Then, Mike joined us on bass. He is actually a guitar player, but we had some upcoming shows and he was kind enough to give us a hand. Mike learned a 7 song setlist in like three days. It was fun.

After that gig, all of us realized that getting more shows was essential. Luckily, weeks later we met Daniel Camargo, who since then has helped us booking gigs and managing the band. In the meantime, we rehearsed like three or four times a week. Those days were quite intense, because the shows we got were more than a little bit far from our home. School and job got in the way so the three of us were always tired. Since then, a struggle philosophy grew on us. We like to do things the hard way. It gets more interesting.

Q: Who are your influences?
We really dig 90´s music like Sonic Youth, Dinosaur Jr and American Football. We also like classics, from Bowie to Sabbath. We pretty much like whatever's got some sort of intensity in it, whatever´s honest and careless.

Q. How do you feel playing live?
Playing live has always been something relieving, although the three of us are very loud and messy on stage. We believe in the impact that volume and guts have in the whole live experience and in the audience’s perception of what’s going on, so our gea has always got messed up (Really. Every single time). The feeling of hitting the strings so hard until your hands bleed, banging the snare to reach the amp-killing point, screaming at the mic until it horribly clipps, turning everything up till it can't be any higher. Making a mess of everything has always given us a feeling of release.

Q. How do you describe Sadfields sounds?
This is a tough one. Until now, our sound could be defined as a raw mix between anger, confusion and nostalgia.


Q: Tell us about the process of recording the songs ?
Last summer we decided that the time to hit the studio had come, so we started to sleek our songs and making some new ones for our first album.

We heard about Testa Studio a long time ago and were always struck by the fact that Victor ‘'Kb’’ Velázquez had worked with Steve Albini at Electrical Audio. Besides, the studio has a lot of really nice drums and amps that helped a lot to project the sound that we had in mind.

Before we went to the studio, we received a lot of help from Rod Esquivel, who has been in charge of the production of the album. He even lent us a 50s Gibson to record some songs. He’s really nice and knows a lot of shit. Without him, we would probably have killed each other at the studio.

The goal was always to record in analog format. We were fascinated by the quality and feel that the tape gave to the album.

Q: Which band would you love to make a cover version of?
Scratch Acid.

Q: What are your plans for the future?
Hmmmm, we don’t know. Playing more gigs and doing some traveling meanwhile, maybe.