Silhouette with Vikings in Tibet - An Interview 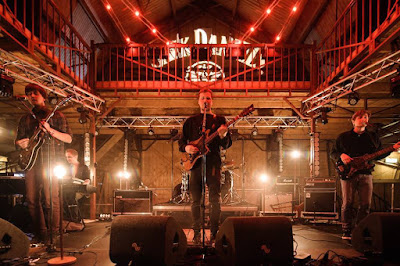 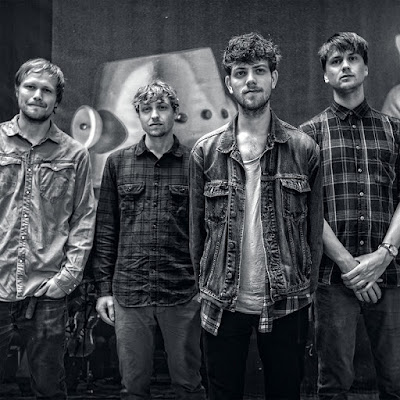 Q. When did Vikings in Tibet start? Tell us about the history...
Me and my brother started Vikings in Tibet as a bedroom project, recording 5 songs and releasing them as an EP in 2013. After that we formed a live band with friends we knew from high school, in our hometown Groningen in the north of the Netherlands. As kids we all played in different bands that rehearsed in the school’s basement. In 2014 we decided to build our own studio in another basement, this time in an abandoned university building. Here we have been working on our first full-length album, which will be released this April.

Q: Who are your influences?
We’re always inspired by the bands we happen to be listening to, which means that our music evolves quite quickly. We started out as a post-rock/ambient project, in line with bands like Sigur Ros, Hammock, Mew etc. At the same time, we always liked playing more folky, acoustic tunes similar to The Tallest Man on Earth, Bon Iver or Grizzly Bear. Lately, we have been listening a lot to bands like Half Moon Run, The War on Drugs and Balthazar. On our upcoming record we found a way of mixing together all these different styles into our own sound.

Q. How do you feel playing live?
We always try to bring the vibe from our rehearsals to the stage. Besides making music our rehearsals always consist of playing games, telling really good jokes, and eating cookies. Combined with some onstage adrenaline and a small dose of self-awareness, this is probably how we come across when we play live - just without the cookies.

Q. How do you describe Vikings in Tibet sounds?
Cinematic indie based on a good solid groove.


Q: Tell us about the process of recording the songs?
Most of the time on or two of us will start by making a basic demo on the computer. After that we’ll try it out with the whole band during rehearsal, trying different approaches and structures and experimenting with different sounds. There’s always plenty of discussion and democratic decision-making, but eventually we go with whatever appeals most to all of us and feels most natural to play live. When we feel the song is really starting to take shape, we’ll record it again and turn it into a decent demo or pre-production. Once we have enough of these lined up, we’ll record the songs for real - transforming our basement from a rehearsal space into a proper recording studio. This is how our first album has come together.

Q: Which band would you love to made a cover version of?
We always tell each other we should do a cover of Crosby, Still, Nash and Young, because we could learn a lot from their vocals. Their melodies and harmonies are truly mesmerizing. We’ve just never come to an agreement on which song we should pick...

Q: What are your plans for the future?
Basically we would love to keep doing what we are doing, and record a string of albums in years to come. Hopefully we'll also be able to see a bit of sunlight from time to time, leaving our basement and entering the outside world to play some great gigs! It’s pretty sunny in Brasil, right?

Q: Any parting words?
Thanks for talking to us and we hope you enjoy our music! Keep an eye out for our album ‘Alchemy Ave.’ that’s coming next April. We can’t wait to release it. Meanwhile, check out the video for our single ‘Silhouette’, which was recorded on oldschool 8 mm tape: