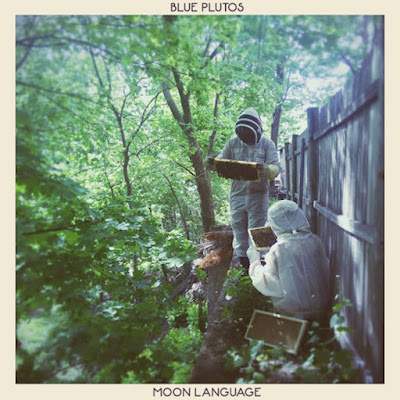 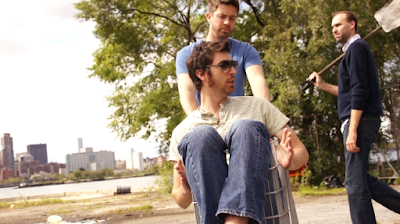 Q. When did Blue Plutos start? Tell us about the history...
A: Blue Plutos started in 2011. We’ve all been in bands together and separately, and also have had sort of a singer/songwriter thing going on individually too. Blue Plutos was a way of merging the two approaches. At first it was just about helping one another complete and produce each other’s songs. We’re definitely conscious about how the music is evolving and the sound we’re continuing to develop.

Q: Who are your influences?
A: Mark Mulcahy, The Monkees, The Cure, Elliott Smith, Blur, Magnetic Fields

Q. Make a list of 5 albums of all time…
A: Megadeth - Rust in Peace
Primal Scream - Sonic Flower Groove
The Wrens - The Meadowlands
This Heat - Deceit
Kate Bush - Never For Ever

Q. How do you feel playing live?
A: Playing live can be really cool, but Blue Plutos definitely prefers the process of recording.


Q. How do you describe Blue Plutos sounds?
A: Its largely about finding the right mix of earworm melodies with unexpected chord changes. It’s a very layered sound with several guitars, keys and samples on most tracks.

Q: Tell us about the process of recording the songs ?
A: Typically, the writer of the song shows some early demos to the other guys for initial feedback. After any changes, they get started recording solo. We usually bring the other guys back in for when the song has taken form - and lots of month of additions and subtractions and shuffling until we all feel comfortable it’s in its final state.

Q. Which new bands do you recommend?
A: Let’s define ‘new bands’ as bands whose debut album has come out within the last 10 years - Cymbals Eat Guitars, Doug Tuttle, Grimes, Belong, Self Defense Family

Q: Which band would you love to made a cover version of?
A: Covers are a daunting idea for a band that doesn't play live. That said, Lou Reed and Metallica’s Brandenburg Gate would be an interesting project...

Q: What are your plans for the future?
A: Keep recording. Blue Plutos has primarily been a bedroom project to date, aside from a couple of live performances. We want the next batch of songs to be recorded in a live band setting.

Q: Any parting words?
A: Cassettes are a great way to consume music nowadays.
*
*
*
Thanks