Be Away with Versus People - An Interview 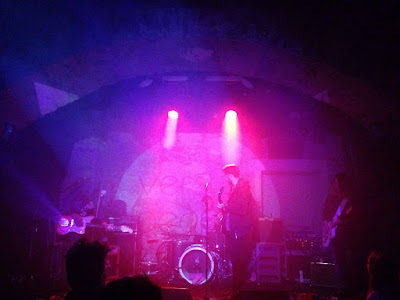 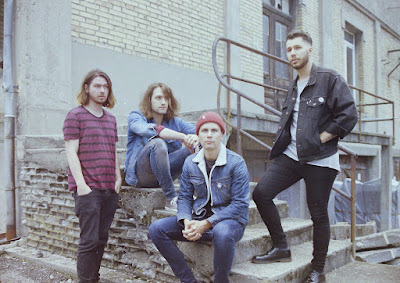 Q. When did Versus People start? Tell us about the history...
Of course like many musicians today, we began as teenagers playing Green Day songs in our parents' houses. Lucien and Aurelien met at school, and I joined the band later on thanks to Facebook. After the punk phase, we started playing some alternative rock, doing some covers of Muse or Franz Ferdinand, stuff like that. Then we discovered new bands, particularly The Horrors, which led us to My Bloody Valentine. Also buying a lot of new pedals helped to go in the shoegaze territory.

Q: Who are your influences?
The big shoegaze classics obviously, MBV and Slowdive, but also some more recent stuff like Ringo Deathstarr, The Horrors to some extent.

Q. How do you feel playing live?
Like our set is too short when it ends! But unfortunately, the music scene in Switzerland is kind of small and not hugely open minded, so we don't play live that often, maybe 8-10 times a year on average...

Q. How do you describe Versus People sounds?
Wall of sound all the way! And we love layering dozens of instrument and voice tracks to really blur it all.


Q: Tell us about the process of recording the songs ?
For the 'Be Away' EP, we recorded the guitars on a drum machine first, then we sampled live drum loops to get a nicer, more dynamic sound but still keep that almost electronic beat style. And we did everything ourselves, in our rehearsing space with a few mics and had fun with the mixing software!

Q. Which new bands do you recommend?
I think Flyying Colours and Ringo Deathstarr represent the future of shoegaze, they're both getting a pretty big discography by now, but other than that, it's really hard to say, a lot of good songs come out without follow ups so you never know. And also all the old bands are reforming and recording again, so we're hoping they're making great tunes to further the cause ;)

Q: Which band would you love to made a cover version of?
We did Air's Dead Bodies lately, live and studio (available on the latest EP). But that's probably because it's instrumental, we wanted to do Soon by MVB or Bong Load by Ringo Deathstarr for a long time, but the lyrics are impossible to find or decrypt...

Q: What are your plans for the future?
We're probably going to record stuff again, we'll see how much we can output, so expect a new EP or full length in 2017!