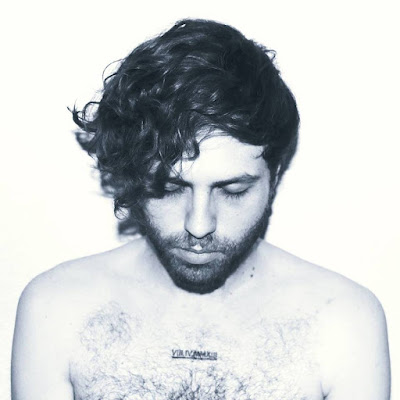 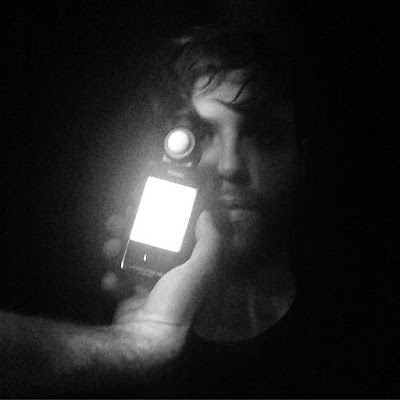 Q. When did Crying Vessel start? Tell us about the history...
I started Crying Vessel back in 2010. I did a song for someone at the time and she happened to be a Music Journalist and she said to me “This sound is way too good to not do more music like this”… [but] I was heads deep at the time with my DJ duo “Defunct!” touring and releasing and it took a good 4 or 5 months before I really said “yea… maybe she is right… fuck it… ill do some more stuff like this.” Since then I have done 4 albums and 2 EPs. I never ever pushed it or tried to get record deals or anything with it. I was always too busy with the other projects going on and kept it sort of in a ‘secret place’ for those that cared to seek it out and enjoy it. Feelings and times change though and I stand behind it fully now. I am very excited to share this latest stuff with the world; as the message is very meaningful to me and I hope it gets through to some people.

Q What is this message you are delivering with your new songs?
I have gone through a very dark road from many years of touring and ‘partying’ or ‘living that lifestyle’ in the past. I had a near death experience nearly 4 years ago and had a life saving surgery due to my actions and decisions. When I survived I felt Crying Vessel is the perfect place to put all those emotions and feelings into a bundle of songs. The darkest of times can shed light in the best way though. I felt I could use this outlet to get a message across to those that may be suffering from their own dark demons. I was kept here for a reason that goes much deeper down that wormhole than we can ever really understand; and because I have access to an audience with my music, I should never take that for granted. I should be using it to get through to those that can relate and feel what is needed to work past their own inner-turmoil. Music is one of the most expressive forms of communication I feel. We speak on a different level when we do it through our music or art. Its something absorbed and related to with an entirely different parallel.

Q: Who are your influences?
There are many from young age to current. I started along these styles though with a mentor named Dean Garcia (SPC ECO, Curve, Sinead O Conner) when I was much younger and he influenced me heavily in those years to sort of lead me in a certain direction I guess. After that I found my own way through various experimentations and collaborations. Outside of personal influences though; I really enjoy bands like Sisters Of Mercy, Jean-Michel Jarre, The Cure, INXS, Gary Numan, Depeche Mode, Skinny Puppy… I grew up in the 80s and 90s on these sounds.

Q. How do you feel playing live?
I am actually in the process of taking Crying Vessel live at the moment. Even with so much music released I have never performed as Crying Vessel. I feel its finally time to change that. With hopes I get the live show exactly how I want it; I will be taking it live in 2017 in support of the new album “A Beautiful Curse”. I have already had bookings coming in from many places in Europe such as France, Switzerland, Germany, Portugal and Spain to name a few; so I truly hope I can fulfill them and get the ball rolling.

Q. How do you describe Crying Vessel sounds?
I have evolved since the first album but came back full circle. I was very 80s dark wave inspired in the first album then went much more trip hop over the years on the next couple albums and now found my way back into dark wave entirely. I have worked with many collaborators over the years such as Dean Garcia (Curve, SPC ECO), Rose Berlin (SPC ECO), Chris Pittman (Guns N Roses, Tool), Preston Maddox (Bloody Knives), Robert Smit (Sick Boy), Joey Kirk (RAD!) along with many others. Even after all the features I realized I was mainly doing this to hide myself from myself in my music. I had to be honest when I realized this… Crying Vessel was always my personal get-away and I should express it as such. While I was under record deals with all other projects and stuck in many ways in all directions due to contracts or expectations; I was able to not worry about much of any of that with Crying Vessel. While I was touring extensively with my other projects I always felt I needed something more personal. Something that was entirely me. This eventually would be the reason as to why I decided on this new album to take it all entirely solo. No features or anything of the sorts. Just me, myself and the instruments. Also my vocals lead much better and hold true. I used to hide behind the FX so much.

Q: Tell us about the process of recording the songs?
Previously on other albums they were filled with collaborations and I always would send online after producing the ideas or ‘starts’. But with this last album I was working mainly by myself from both my at-home studio (mainly producing the outlines and ideas) and then doing final touches and guitars, tracking, vocals, etc at the big studio that I am a Record Producer and Engineer from (called Influx Studios in Bern Switzerland/Berlin Germany). I would start by getting a good melodic progression going that sort of ‘talks to me’ and starts directing me emotionally… then work the beats around this to give it progression and groove. I sampled TR707 and Linndrums for the drums you hear. The synths were all from Roland D50, Juno 60, Jupiter 8V, and Yamaha Dx7 sampled and through samplers or emulators. I then would throw them through various processing and FX via both plugins and outboard. I recorded the vocals with my assistant helping because i needed the extra hand and ears when I do vocals to help me sort of reflect off him. I used M49 and Peluso 251 microphones with Neve or API pre amps. I ran much of the stuff you hear through Culture Vulture tubes and reamped the guitars through various amps such as VOX and Fender amps. I ran the bass guitar through Tube DI box and LA2A for leveling. I mainly used a Gibson Les Paul for the guitar and a Fender Jazz Bass for bass guitars. I then mixed and mastered with virtually every single piece of Analog gear in the studio to sort of embrace the 80s or 90s sound for the warmth and fullness, but I kept it very modern too, due to the production style.


Q. Which new bands do you recommend?
There is lots of great bands coming out in this style that are on my record label Zoey Records. Parrot To The Moon are really amazing Swiss band. Very Talk Talk sounding but more romantic. Dead Astronauts are a well known one also on the label and I was honored to also play guitar with them on their latest album on NewRetroWave/Zoey. I recently discovered this killer band from Greece called Stressed People too…They will be coming out on my label Zoey Records. SPC ECO of course is an all time fave of the underground, and not just because I work with them over the years but because they truly are unique and amazing with pure art and those heaven sent vocals from Rose tie it all off. Most of the roster over at Manic Depression Records is brilliant too. Such talent!

Q: Which band would you love to make a cover version of?
I actually heard something that grabbed me so much on the radio at a store the other day that I was like “Holy shit I need to cover this!” and… alas… I never found out what it was… I’m like a grandpa and apparently and forgot that Shazam is a thing. hah… but otherwise… honestly… It is hard… I hear too many originals blown apart in a not-so-good way and had a shit taken on them by artists… so its a very touchy subject I think with covering… but when the time strikes and I think I could do something justice I will give it a shot I’m sure. I covered Duran Duran’s “Come Undone” with a female vocalist as Crying Vessel a long time ago…. I think it is on youtube somewhere.

Q: What are your plans for the future?
Right now getting the live show together with the right drummer and then hitting the circuit. Get the new album out in Spring 2017 (A Beautiful Curse) and new music video with this awesome Swiss video producer named Dave from Fornax Void. I have been in full on talks with Manic Depression Records (France) and sounds like I will be signing with them for the VInyl/Cd/Digital release of the new album. Super excited about that. Its always hard in between all the bands and albums I’m producing and engineering at the studio to give 100% attention back into my own projects. Its not like working at Wal-Mart then coming home itching to write music. I write music or engineer music all day… the last thing I want to do when I get home is even hear music a lot of the time! So this will also be a focus for 2017 is to give CV the attention it deserves and get it to the masses and touring. I have the fire under my bum to do so :).

Q: Any parting words? Thanks again
Thanks to you too! Also thank you to those that take the time to listen and enjoy my work (or anyone else out there pushing what they truly love!)
*
*
*
Thanks