Happy Songs for the Saddest City with Rainday Station - An Interview 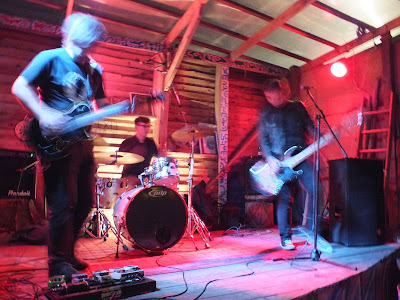 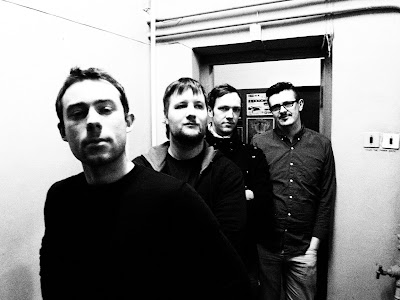 Q. When did Rainday Station start? Tell us about the history...
We have formed the band at 2012 in Tallinn, Estonia when bass player Leo and guitarist Arseni, ol’ good friends finally decided to make some music together. Hanging out in common companies, more or less same music and atmosphere excited them. So there was not even much talking about the music style of newborn band – it should have been new wave stuff, with the possibility for any experiment. Then, Kir has joined – the drummer of a widely known local post-punk band Junk Riot. Peter was the last one to be invited, adding the second guitar to the band’s sound.

Q: Who are your influences?
Each band member has different bands and styles to name. Kir mostly likes indie and new fashioned rock music. Peter has very wide musical influences, from trash metal to ska-music. Arseni is in love with old rock bands and jazz. Leo always felt right with gothic rock, synth-pop and other dark wave stuff.

Needless to say that these musical preferences do not disturb the band being. It even makes the sound more saturated and inventive.

Q. How do you feel playing live?
Every gig is a small life, where the songs from abstractions become alive and dance around the stage. We feel great there. It is a pleasure to be on stage, building up an own empire.

Q. How do you describe Rainday Station sounds?
As people say – it is pretty dark, even the most major songs. Sometimes a bit heavy, sometimes giving more air. But anyway, it is dark sound with new wave distorted guitars, simple bass lines, readable drums and echoed vocals.

Q: Tell us about the process of recording the songs ?
We are fortunate enough to have some recording equipment at the rehearsal space and we try to do as much as possible by ourselves. This is a big challenge in some way but also we have more flexibility and no time limitations. Mixing process takes most of the time, mastering is outsourced.

Q. Which new bands do you recommend?
Well, maybe some other Estonian bands instead: Elephants From Neptune, The Boondocks, Trad.Attack!, Junk Riot, Lemon Trees.

Q: Which band would you love to made a cover version of?
We already used to cover Black – Wonderful life. That was good and successful experience. Currently we are not planning to make any cover versions.

Q: What are your plans for the future?
This November we are starting to record our next LP, it doesn’t have a title yet. The idea is to make a record with more different acoustic sounds, bringing some light shamanism to our music. And, of course, we would like to play as many gigs as possible.

Q: Any parting words?
It is a great pleasure, that you have mentioned and decided to promote us in your blog. We kindly wish you all the best, and some more great music to find in near future. Obrigado!
*
*
*
Thanks