The Mind Is Not A Temple with Passive - An Interview 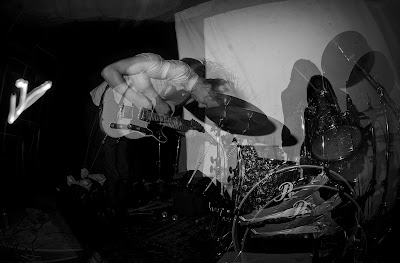 Marretada bem no meio do cérebro. 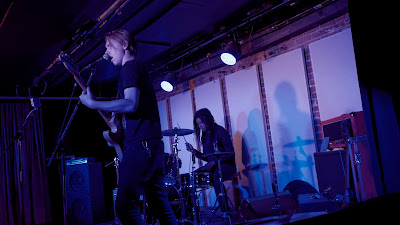 Q. When did Passive start? Tell us about the history...
A few years ago. We started playing in a basement of a house that I (Ian) lived in. It doubled as my housemate's room and he had a drum kit in there. I remember a few times we didn't realize he was sleeping in there when we'd start making noise.

Q: Who are your influences?
No direct influences. We never had the conversation about who we wanted to sound like, but we were adamant from the beginning that we'd not be another fucking 2 piece blues band.

Q. Make a list of 5 albums of all time…
Can't really answer that. Sinnerman, by Nina Simone, is my favourite song though. Bushcraft by BAPTISTS might be the best record to come out of Vancouver. And there's always plenty of 00's alt rock, jazz, and post punk playing in our home. Right now we're listening to the Nails/Full Of Hell split.

Q. How do you feel playing live?
I enjoy performing. April says it's "...pretty alright...it shouldn't be more complicated than it needs to."

Q. How do you describe Passive sounds?
Two people trying to be loud and thoughtful.


Q: Tell us about the process of recording the songs ?
It's been pretty spontaneous so far. I recorded the first batch of tunes on a cassette recorder in an attic we used to live in. For the newer stuff our friend from Toronto, Alex, reached out to us and we recorded those three tunes in a woodshop where we practice. Both records were tracked in one day. I'm a pretty impatient person with that process.

Q. Which new bands do you recommend?
FAILING, from Vancouver, have been around for a few years, but they are far too good to not mention. April plays in a killer band called WANT and I play in a band called Sissy Heathens, so check those out I guess. Also EROSION and BRIDGEBURNER both fucking rip.

Q: Which band would you love to made a cover version of?
We did a version of From Her To Eternity once.

Q: What are your plans for the future?
Play our next few gigs well. Eat. Sleep. Tour. Make some money so we can put out vinyl, or convince some gullible suckers to.

Q: Any parting words?
Thanks for contacting us. We'd love to come play in South America, eventually.
*
*
*
Thanks