Alchemy Attack with The Beremy Jets - An Interview 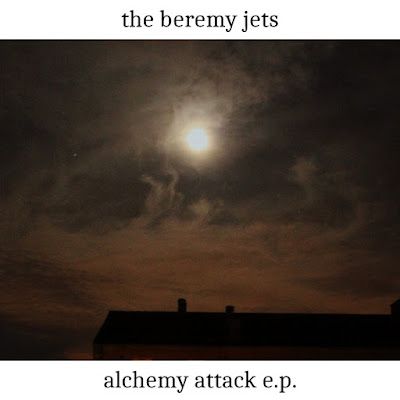 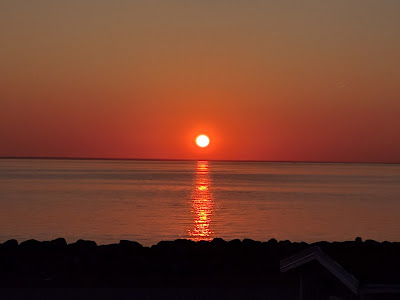 Q. When did The Beremy Jets start? Tell us about the history...
A very short background: My name is Paul, a drummer from Malmö, Sweden and have been playing in bands for close to 30 years now. At the moment my bands are LKWRM (well, currently on hiatus), a pretty noisy shoegaze band, and Slowmotion Club, playing more kind of Radiohead / Pixies:esque music.

I have always liked writing songs and was one of the two songwriters in LKWRM, and when that band went on hiatus a couple of years ago I kinda needed something else to write for.

I quickly decided to record something completely on my own, and I wanted to do it all myself - composing, performing, recording, mixing, mastering etc. I was never that involved in the technical aspect of recording before so there was a lot to learn - and still is, I feel I have just begun to understand how everthing works.
The first years of solo recording was very slow due to the learning curve of how to mix and master properly, but I recorded at least shells of about 80 songs. About a year ago I felt I had four half done songs recorded that would make a great e.p. After that it was just a matter of actually completing them and making them sound good enough for a release. Up until then I had no official band name or anything, but decided on The Beremy Jetsas a small tribute to Jeremy Brett, a fantastic BBC actor portraying Sherlock Holmes in the 80:s.

And that is where I am now.

Q: Who are your influences?
Lots and lots of them! To name a few... My Bloody Valentine, Swervedriver, The Pixies, Band of Susans, Mogwai, Ride, Lush, Catherine Wheel, The Boo Radleys, Miranda Sex Garden, Boards of Canada.

Q. Make a list of 5 albuns of all time…
1. My Bloody Valentine - Loveless.
Gotta include this one! I love Isn't Anything at least as much (probably more), but this one is such a monster of an album.

3. The Church - Of Skins and Heart
Being a kid discovering music in the early 80:s this one gets to represent that era in a beautiful way.

4. Primal Scream - Screamadelica
A fantastic album that really opened up a new world of music for me. Still unsurpassed.

Q. How do you feel playing live?
At the moment I have no plans on playing live, but if the opportunity arises I would love to! I do love playing live, not much compares to it (apart from hauling them drums before and after...)

Q. How do you describe The Beremy Jets sounds?
I would describe it as the noisier half of shoegaze, or maybe noise pop/rock. Lots of distortion and delay.


Q: Tell us about the process of recording the songs ?
I record everything at home in my bedroom, so I sit on top of my bed while recording - comfortable and cozy :) It usually starts with a couple of chords on a guitar. I try to get my ideas quickly recorded, add a good bass line or two, and add some programmed drums. Then I usually listen to the shell of the song quite a lot on my way to and from work just to get a feel for what I like, don't like and if anything is missing. Often it takes a week to get a feel for what I want to do with the song, and then I continue recording it, more properly. Singing is what comes hardest to me so that is usually what I do last.

The mixing phase can be quite challenging since I use a lot of distortion and delay which makes frequencies collide all over the place. The majority of the time will be spent trying to make sense of it all :)

Q. Which new bands do you recommend?
I really like Flyying Colours, their e.p:s and now their full length album are all great!
At the moment I listen a lot to Helms Alee, maybe not "new" since they have three albums released, but more people should listen to them. Another band is Orange Crate Art. Fantastic music from one of my fellow LKWRM friends.

Q: Which band would you love to made a cover version of?
I always wanted to try to cover The Hurting by Tears for Fears. One of my favourite songs when growing up.

Q: What are your plans for the future?
I am already well on the way with the next e.p. and after that I want to release maybe one more e.p. before trying to record a full album. The plan recording wise it to continue to record and release stuff for as long as I live :) I do have lots of song ideas lying around so there is plenty to work with, and new ideas gets recorded constantly.

Q: Any parting words?
It has been great so far after releasing the e.p. The fact that people from around the world has heard it is humbling to say the least. So thank you everyone who listens!
*
*
*
Thanks