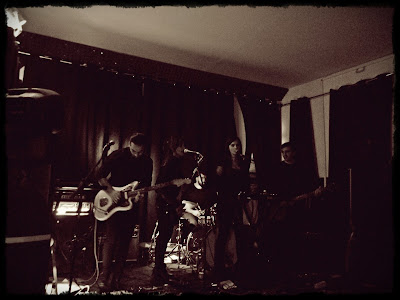 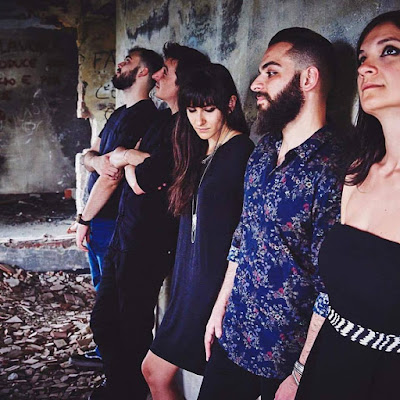 Q. When did Minimal Joy start? Tell us about the history...
Hi! We are Minimal Joy, a band from Bologna, one of the most beautiful place in Italy.

Bologna is where we became friends. Andrea and I (Roberto) met when we were students, we come from the south of Italy and we moved in Bologna to start our studies at the University. Now we still live here, where we met Silvia. She is the voice, a productive encounter which allowed us to realize what we are now. A precious friend that learned to read into the first draft of the songs I write. In the first place we are friends, we share experiences and thoughts even out of rehearsal room, so we think that our friendship is our strong point. We are the origin core of the band, in which we hold Chiara, who handles with the bass melodies and Leo, our drummer, who cares about the rhythms. They are new members of Minimal Joy and since the beginning they have melted perfectly with our sound.

Q: Who are your influences?
That’s a difficult question! Basically, we could say we are influenced by the new wave, but during our rehearsal sessions each of us brings his own tendency in sound e.g Andrea’s guitar seems like it’s coming out a ‘90 Seattle’s band, the voice, synth and noise guitar give a dreamy touch but all remains inside the dark boundary.

Q. How do you feel playing live?
Playing live is of vital importance. It’s a direct relation with the audience, the exchange of real emotions, what we feel on the stage is what people in front of us perceive. It’s the best way to express our message.

Q. How do you describe Minimal Joy sounds?
A melodiously dissonant sound.


Q: Tell us about the process of recording the songs?
Melodies and lyrics come out at the same time, then we find arrangements in rehearsal room, where we share additional ideas in order to find the perfect harmony among them. So the early idea of a song can be totally changed, it often takes another direction. That’s the most interesting part of the composition. We know how it starts and no one knows how the final result will be.

As the song “works”, it is ready to be recorded. When we collect a certain number of songs we can proceed .The recoding process is complex, it takes so much time and accuracy. First of all we record drum and bass together in order to keep the track groovy, then we add guitars, synth and the voices.

Even during this part of the work, it happens that the tracks can be changed in small parts, by replacing a reverb with an echo or by adding a kick of drum or a choir.

Therefore there’s a continuous evolution of our songs from their origin until their final shape.

Q. Which new bands do you recommend?
We think that in current italian and international alternative scenario there are a vast amount of fascinating bands, which show and realize peculiar ideas we like, such as:Cigarettes after sex, Screaming females, Zu, Motorama, Aucan and many more.

Q: Which band would you love to made a cover version of?
Definitively “This must be the place” Talking Heads.

Q: What are your plans for the future?
Touring, spreading our sound.

Q: Any parting words?
We are thankful and proud for have garnered positive critics, it’s a reward for all the efforts and the complexity that we had to face with our self- produced work.
*
*
*
Thanks