To The Black Sea with Portrayal - An Interview 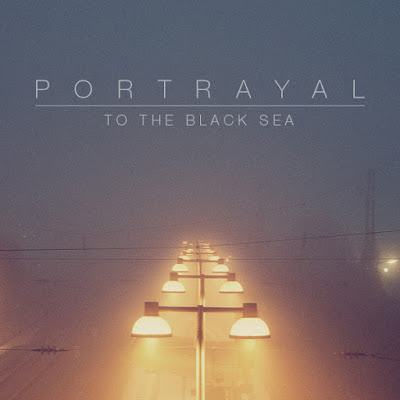 
Q. When did Portrayal start? Tell us about the history...
We had known each other since we were young but started recording songs about 4 years ago, where we had both previously been in different bands that came to an end. Once we'd started recording we really liked the sound we were coming up with and it just went from there, releasing our first album To the Black Sea in 2015.

Q: Who are your influences?
We really find our influences come from everywhere.. other music, films, visiting new places, the news, relationships..musically and lyrically there's quite a lot to draw from.

Q. How do you feel playing live?
We haven't actually played live yet (we're working on it but we're kind of studio hermits).


Q. How do you describe Portrayal sounds?
Our sound is kind of a mix of shoegaze, post punk and electro, but we've had a lot of people describe us in different ways, and some who say they can't quite put their finger on our exact sound. So that's great and exactly what we want.

Q: Tell us about the process of recording the songs ?
It's generally a 50/50 process where Rob spends time in the studio bringing new ideas and sounds to the fore, we get together and work them into structures for songs and Joe then takes the structure and records the vocals. We'll run through any changes/additions until we're completely happy, then go to mixing etc.

Q. Which new bands do you recommend?
Holygram, who we just heard and absolutely love. Chain of flowers.

Q: Which band would you love to made a cover version of?
Diiv - Bent (Roi's Song). Is The Is Are is a cracking album.

Q: What are your plans for the future?
We've got an EP on its way, and we're really pleased with how the new songs are shaping up. We're hoping to do a vinyl release of 'To the Black Sea' in the next few months too.

Q: Any parting words? Thanks again, and talk soon!
Thanks for the support! Cheers.
*
*
*
Thanks