They Were Selected and Divided with You´re Jovian - An Interview 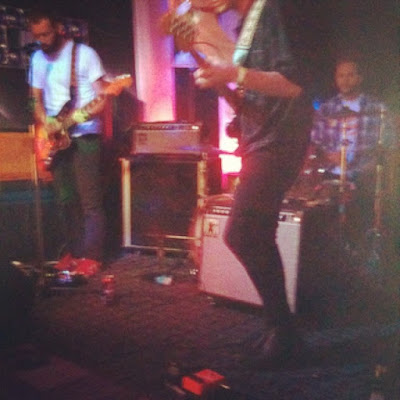 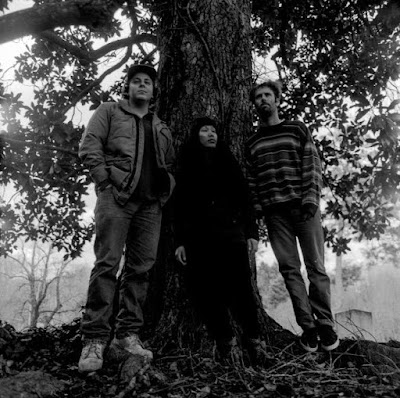 Q. When did You´re Jovian tart? Tell us about the history...
You're Jovian started in my bed room around 2008 at my moms house, much like many other bands out there. It had no name or real reason for existing other than I was feeling very creative at that time and I was heavily influenced by Swirlies, My Bloody Valentine and Pixies. I was recording everything by myself on a digital Fostex MR-8 and probably wrote about 12 songs that summer. It wasn't till 2011 that I dubbed the project You're Jovian. Around that time my friends urged me forum a live outfit and so I did. My best bud Wesley Bunch (Suburban Living) played guitar and helped me book the shows.

Q: Who are your influences?
My influences range. I'm convinced every genre has a great band or even song. I don't come across as snooty or particular but I am. It's horrible. But I've definitely developed a lot over the years. I guess what I'm saying is I'm influenced by a lot, not just by music but my memories and even seasons. I love late night humid summers by the beach. I'm constantly discovering things that I could do or make my own but it comes out as the shoegazy genre. So a lot of times it doesn't get reflected. I don't even listen to a lot of shoegaze..

Q. Make a list of 5 albuns of all time…
5 albums of all time is still a tough one. I'll definitely go simple here


Q. How do you feel playing live?
I enjoy playing live. Especially when we're well rehearsed. It's a little different for me because I have to network and book everything, so it's rather exhausting but it's a lot of fun, especially when everything comes together. We (as a band) certainly have our good shows and bad shows, but when we're good, it definitely feels incredible. I also just enjoy traveling with friends. I like having a reason to travel. I'm definitely not a wonderer but It's great playing shows and sleeping on strangers floors..

Q. How do you describe You´re Jovian sounds?
I would describe our live sound completely different from the recordings. When I record everything is methodically planned out, super clean and a little slower. It's just me. Live, there's 3-4 of us (myself included) and we're super loud, vocals buried and the tempos are much faster, which I dig. I like the separation in dynamic. It keeps it interesting for me and different for the audience but the songs are still representable.

Q: Tell us about the process of recording the songs ?
Recording usually starts with a riff, again, like many other bands. I'll usually build off that and the rest kinda falls into place. I'll usually know pretty quickly if it's worth pursuing or not. It's kinda euphoric.. It's actually a little terrifying too because I don't know where it comes from. I try nit to think about it and keep it natural, if that's a thing. I will try different techniques if I can pull it off. I try to keep any riff clever, never recycled. Once I feel well rehearsed, I record everything to a 4 track tape. Once I'm happy with that and I compile enough songs, I'll record with my buddy and producer Mark Padgett. He's a super nice person who knows his shit and can move quickly. I also love his studio, super low key. It's actually in a shed.

Q. Which new bands do you recommend?
Lately I've been digging on this band called Fat Spirit based out of Richmond, va. (about 90 miles North from where I live in Norfolk, va). Suburban living (my home boy Wesley Bunch) is making waves right now picking up a lot of momentum. I also have really gotten into this band called OMNI out of Atlanta, Georgia. We'll see how they develop but their debut album was fucking amazing


Q: Which band would you love to made a cover version of?
I cover a lot of songs actually. Usually Guided by Voices. I've covered the Byrds and Till Tuesday. I like to dabble a bit with covers. They can be fun if done right..

Q: What are your plans for the future?
I'm releasing a new record on a label called Funny not Funny records. They've done a lot for me over the years, so I'm very excited. It's called 'They Were Selected and Divided'. And it'll be out April 7th. It'll be on cassette, digitally and available to stream, like on Spotify etc. We'll have a hand full of regional shows around then and will hopefully back it up in the summer with a full fledged East Coast tour. Unfortunately we don't have any plans on coming to Brazil. Would love to though!

Q: Any parting words?
Parting words.. Stay true to who you are. Always do the right thing
*
*
*
Thanks