Cerebrotonia with Eye Candy - An Interview 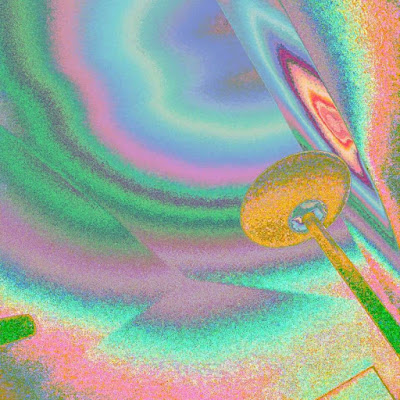 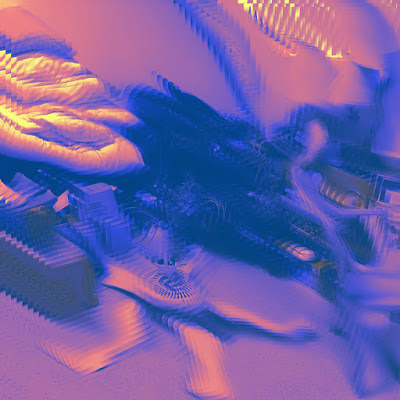 Q. When did Eye Candy start? Tell us about the history…
MK: It was 2014, I was about half way through freshman year and then we met, we started the band, and then I stopped going to public school to do independent studies and dedicate more time to the band and we’ve just been writing songs ever since.

JP: Yeah this was in late 2014. We had a couple rehearsals where we weren’t very sure what to do. I knew that I wanted to make something that utilizes guitar pedals and guitar tones very well. We started little by little, with bare minimum guitar equipment. We’d jam on weekday afternoons and kinda slowly carve out the path of what kind of music we were capable of making, those sessions contained noisier types of music. Eventually, the more gear we were able to get, the more we experimented with tones and soundscapes further.

Q: Who are your influences?
JP: It varies. I would say Brian Eno and Phil Spector might be two large influences to me. My influences might tend to change depending on what I’m mainly listening to in the moment.

Q. Make a list of 5 albums of all time…
JP: Well there’s just so many albums in all honesty but the ones I will always defend no matter what are The VU & Nico, of course. Pet Sounds, Loveless. Evening Star by Fripp & Eno is an all-time favorite of mine. Along with Bee Thousand, Twin Infinitives, and Future Days.

Q. How do you feel playing live?
JP: It sure is a rewarding experience. However, there is uncertainty going on because of improvisation sections that we throw in before and after songs. We like each set of ours to be a different experience from the last.

MK: I don’t really know what I think of it I guess it's just that we’ve yet to play a show where everyone is into it, I enjoy it but it feels a little odd right now.

Q. How do you describe Eye Candy sounds?
JP: Well one term that was brought up by me was “Drone pop”. I would say it’s a good descriptor for some of the sonic elements of the record, I suppose. I was listening to a lot of Biosphere and Jefre Cantu-Ledesma, so I wanted to combine the textural elements from those types of genres and apply them to these short pop tunes I had written.


Q: Tell us about the process of recording the songs ?
JP: Well it was a bit of a process. We had minor technical difficulties with the guitar amp. We somehow relieved the issue and then went straight to recording it. It was recorded live in Mitch’s bedroom where we rehearse and record. I wanted that live sound, where the instruments bleed into each other. There’s also more of an opportunity for improvisation and mistakes. So we put up some 57’s and an at4040 and tracked each song individually.

MK: Well it technically wasn’t completely live, as we couldn’t find anyone to record the other parts so they just got overdubbed we did rhythm guitar and drums live. As for amp problems, they were never truly solved, we just got lucky enough that we were able to minimize it as much as we could.

Q. Which new bands do you recommend?
JP: Eli Rector, Mary Lattimore & Jeff Zeigler, Mothers, Swanhoppers. I still have a list of new recommended artists that I need to get to.

Q: Which band would you love to make a cover version of?
JP: I play lots of Guided By Voices songs, so probably them.

Q: What are your plans for the future?
JP: Playing gigs, touring. Getting out there and going beyond just a bedroom project.

MK: That is something far too extensive to type out.

Q: Any parting words?
JP: That’s about all.