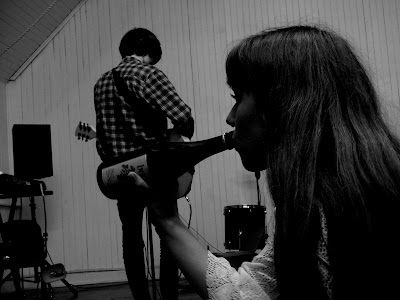 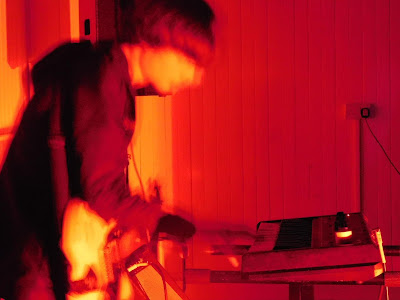 Q. When did Candy Maps start? Tell us about the history...
A: The band started about a year and a half ago at a terrible party with a weddingesque DJ so its probably fair to say it's born more out of frustration with bad music as opposed to the love for music most musician's claim. In that short time we've went through a lot of members with a revolving door line up that makes The BJM look like ABBA with the only consistent member being Michael.

Q: Who are your influences?
A: In terms of influences The Velvet Underground are at the centre of all our tunes as well as a lot of Phil Spector/Joe Meek 60's pop, The Pastels, Spacemen 3, The Telescopes, Flying Saucer Attack and a lot more.

Q. How do you feel playing live?
A: Terrified and intoxicated with rapid fluctuation between the two.

Q. How do you describe Candy Maps sounds?
A: The product of being stuck inside with no money and a lot of records with only 2/3 chords.

Q. Which new bands do you recommend?
A: Locally our favourite emerging band's are Spinning Coin, Sweaty Palms and the Bellybuttons. We're also fond of the recent trend of band's clearly influenced by Country Teasers like Bat Bike, Goat Girl, Duds and Fat White Family. Bands like Dead Rabbits and The KVB are also worth having a swatch of.

Q: Which band would you love to made a cover version of?
A: Eric "Eggy" Liddle

Q: What are your plans for the future?
A: We're working on another single at the moment and hope to sort out some physical releases in near future and we've changed up our live sound after a long break from gigging which we'll be getting back to very soon

Q: Any parting words?
A: Join your local Marxist party and organise in Trade Unions.
*
*
*
Thanks