Mothership with Gorilla Cult - An Interview 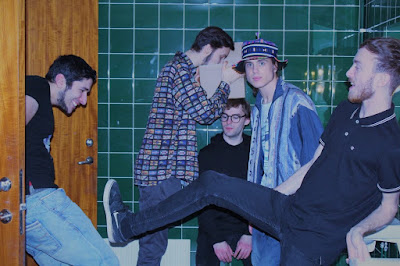 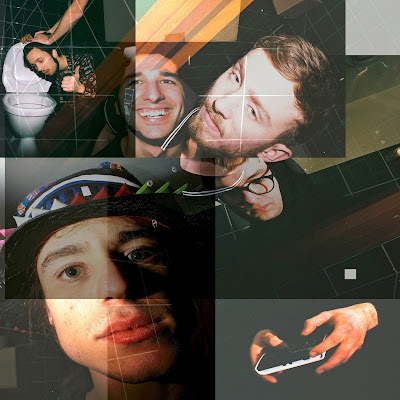 Q. When did Gorilla Cult start? Tell us about the history...
Nick: I guess Gorilla Cult formally started as a band during the summer of 2013, when me, Edvin (the drummer) and Simon (our previous bass-player) met up and started working on songs together, but we have gone through so many line-up changes since then that I would actually say that Gorilla Cult really started in 2015 when we released our first EP “Dialectic Collision” and we became a 5 piece, with Tobias joining us on guitar and Dorothy (our first synth player) joining the band. When we first started out releasing material and playing shows it initially seemed like a really big challenge for us since the indie scene in Stockholm was and still is mostly dominated by indiepop bands and we were this crazy postpunk band with very little connections, so apart from the Needledrop sharing the EP on Twitter and some foreign blogs reviewing our stuff there was no real coverage of what we were doing and we mostly arranged gigs by ourselves in basements and abandoned apartments. However, this past year we’ve gotten a more stable line-up than ever before with Leo (current bass player) and Jakob (current synth player) joining the band, and the material we’ve been writing and recording now feels much more versatile than anything we’ve previously released, so we’re feeling pretty optimistic that 2017 will be a new era for us and the responses we’ve gotten so far for Other Side Of Town by both Swedish and foreign publications make us even more confident of this.

Q: Who are your influences?
Nick: Oh, that’s a hard one... We’re all into different kind of stuff, shoegaze and postpunk are some of the uniting influences of the band but Edvin’s drumming for instance has a strong influence from Matt Helders (Arctic Monkeys), while Tobias guitar-playing is influenced more by Swedish psychedelic rock acts like Dungen and Goran Kajfes Subtropic Arkestra. At the same time, Leo and I are both very into darker bands like Death Grips, Liars and Swans, while Jakob is into electronic producers like Venetian Snares and Tim Green.

Q. Make a list of 5 albuns of all time…
We’re five members in the band, and we decided it was too hard to narrow it down to just one album each so here’s our list of ten favourites:

Q. How do you feel playing live?
Edvin: I think we’re all really enjoying playing live, it’s fun to see people jumping along to “Temporarily Down”.

Nick: Playing live is great, especially when one gets to play as loud and as long as one wants (even when we’re not allowed to, we usually end up doing it anyway). The audiences we’ve had so far have usually been really awesome and supportive too, with the music that we’re playing there will always be a small group of people at the back of the room covering their ears and wondering what the fuck we think we’re doing, but for the most part there has been a surprising amount of people who have responded very physically to our music during shows.


Q. How do you describe Gorilla Cult sounds?
Our sound is loud, a bit dark and intriguing but still melodic and up-beat. Many of our songs sound very different from each other, with Other Side Of Town sounding like indie rock played with chords from bossanova, while future releases will probably sound more like dancepunk or even hip hop-inspired. However, I guess what unites everything we do is the distinct way in which everyone plays their instruments and the lyrical themes of information overload that usually recur throughout the songs.

Q: Tell us about the process of recording the songs ?
So far, we’ve recorded all of our releases in this really tiny basement we like to call Dankland Studios. We usually try to record the drums and the bass together so that we get a tight rhythm section and then record vocals, synths and guitars separately.

Q. Which new bands do you recommend?
Here are some cool bands from Sweden that we like:

Bodega Sisters (our sister-band, no material yet, but some new material will be coming from them soon!)


Q: Which band would you love to made a cover version of?
We would love to be able to pull off a Television song (either Marquee Moon or Elevation), or one by Led Zeppelin.

Q: What are your plans for the future?
Right now we’re in the process of recording a few tracks we have been playing live recently and we are planning to release them early spring.