2014 Anxiety with Sakawa Boys - An Interview 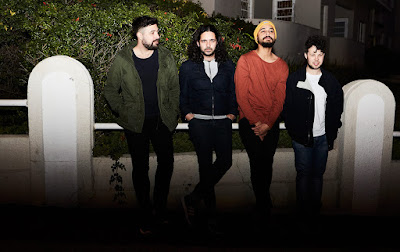 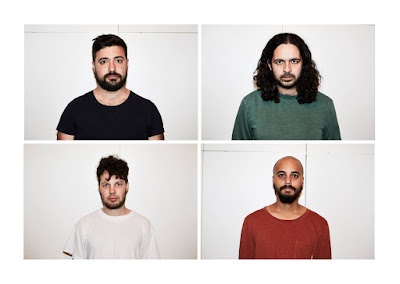 Q. How do you describe Sakawa Boys sounds?
Our music has some pretty distinctive elements - longish songs, melodic guitars perpetually harmonising with each other, a lot of atmosphere, motorik beats and a sense of melancholy and nostalgia throughout.

Q: Who are your influences?
When we write music together I try not to think too much about exactly what band I want to emulate, but nonetheless you can never fully escape your influences (especially the bands I liked in high school!) - a few that stand out for me when I listen to our music: Incubus, The Cure, The Strokes, Radiohead, The Mars Volta/At The Drive In, Foals, Cocteau Twins, Smashing Pumpkins, Neu!, Women, Interpol, Beach House, Joy Division, DIIV...

Q. Make a list of 5 albums of all time…
Radiohead - Kid A
Rage Against The Machine - Self Titled
Kendrick Lamar - G.O.O.D. kid M.A.A.D city
The Cure - Disintegration
The Mars Volta - Deloused In The Comatorium

Q. How do you feel playing live?
It really depends on the night! We have quite an unusual sound compared to most bands in our city, so the sound engineers don't always get our sound right which can be annoying. However when we're having a good night and had a decent sound check, there is nothing that compares to that feeling! There are moments when it's truly transcendental, feeling that connection between your band mates and the people in the crowd. We have played some insane shows in tiny venues where people were just going apeshit all around us, these have honestly been some of the greatest moments of my life.


Q: Tell us about the process of recording the songs ?
Everything is a home recording except for the drums, which were recorded over a couple of days in a studio. The guitars and vocals were all tracked using Logic, guitars were recorded clean and fx added afterwards, except for overdrive guitars where we mic'd up John's Vox AC 30. John mixed all the tracks himself using books and Youtube and learning on the job.

Q. Which new bands do you recommend?
Preoccupations, Women (not really new but they only released 2 albums and broke up in 2010), Pinkshinyultrablast (really great shoegaze from Russia), Medicine Boy (our friends back in Cape Town), BCUC (also from South Africa and one of the best bands you could ever see live)

Q: Which band would you love to made a cover version of?
We've covered Deerhunter and Santigold in the past...We'd love to cover Radiohead's The National Anthem one day!

Q: What are your plans for the future?
We are currently planning our first video for the 2014 Anxiety album, it should be out by mid year so we're really looking forward to that! At the moment we are taking a break from writing and performing as we're not gonna all be in the same country for a while...however we're hoping to have at least another release done by the end of the year, as well a short European tour!