Mountains with The Spacepony - An Interview 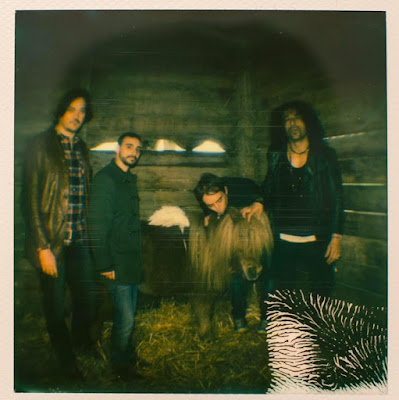 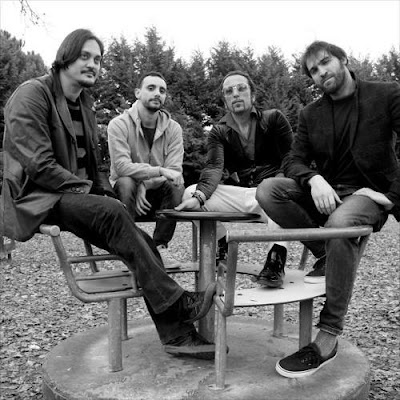 Q. When did Spacepony start? Tell us about the history...
We started “The Spacepony" as a duo in 2006, Stefano Felcini and David Alessandrini, rehearsing in the back room of a Cafè in Piangipane (Ravenna). After closing the bar, we moved almost permanently in a small wooden house in the middle of a field, our second home called “La Casetta di Pony (the name refers to Little House on the Prairie…). over the years members has changed. Now we are a 4 piece band with Francesco Garoia, bass/violin/keys player and Andrea Napolitano, drummer.

Q: Who are your influences?
So many..we are influenced by ‘60s psychedelic music, italian 60/70's soundtracks as Morricone but also band like Flaming Lips, Grandaddy, Mogwai and...Sidney Magal! I’m kidding ;)

Q. How do you feel playing live?
We prefer to put our energy in the studio, experimenting, finding new instruments and sounds, drinking beer; mainly we record everything in our “Casetta”. So, playing live is secondary for us.


Q. How do you describe Spacepony sounds?
A -F loating in space- sound: we are eternal dreamers, visionaries, romantics experimenters, always looking for special effects and exciting sounds to create the imperfect song for a soundtrack.

Q: Tell us about the process of recording the songs ?
Very complex & chaotic. Something like Brian Wilson syndrome. Ahaha!

Q: Which band would you love to made a cover version of?
We play live a Vic Chesnutt cover “Sad Peter Pan”, a Grandaddy cover “Beautiful Ground”, an the intro of Race for the Prize by the Flaming Lips. But..also read the next answer!

Q: What are your plans for the future?
We are in a Sparklhorse tribute compilation with “Mountains” song that will come out next month.
We have recorded half an album and for the other half we have some collaborations with awesome U.S. artists but for now we can’t talk about it ;)

Q: Any parting words?
We love Brazil, Boogarins and Sidney Magal! ;)
*
*
*
Thanks