Opposites with Parlor Walls - An Interview 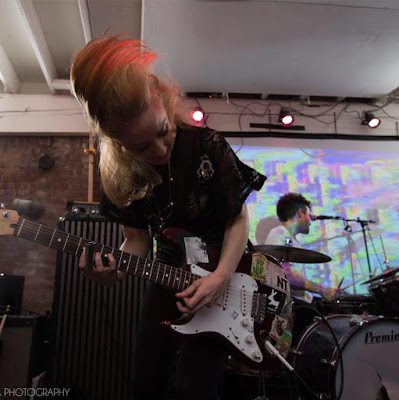 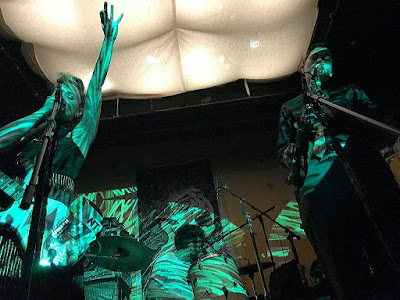 Q. When did Parlor Walls start? Tell us about the history...
Chris [Mulligan] and I [Alyse Lamb] were both in rock/post-punk bands... we shared a lot of bills in Brooklyn [New York]. Our energies kept slamming into each other so we decided to make some noise together. The music started out as very aggressive, through-composed, pretty gnarly stuff. We basically tried to play as loud and as fast as we possibly could. It was therapeutic. Once we reigned it in... we had a nice little set of songs. We were playing as a duo for about a year before we met Kate [Mohanty] in 2015. We saw Kate play a solo saxophone set in Brooklyn and it totally blew our minds. She saw us play too and I guess she liked us because we've been a trio ever since.

Q: Who are your influences?
Alyse: I took Ballet for lots of years so classical and impressionist music seeped deeply into my bones... it was (and is) my calcium. As a kid I was very passionate over Janet Jackson, Prince, Madonna and Whitney Houston. Like pretty obsessed. I also loved Karen Carpenter's voice. Around age 12 I discovered PJ Harvey and it made me wanna learn guitar and scream. I listened to a lot of Bjork and Radiohead too. I eventually found my way to Fugazi, Joy Division, Portishead, Erik Satie... it warms my heart. And once I moved to Brooklyn, I got a job in a record store and another portal opened up - I fell in love with Wire, Arthur Russell, Delta 5, Pop Group, Glenn Branca, CAN, the Nao Wave compilation... too many artists to list.

Chris: Dookie was the first album I ever bought. I learned guitar from the Beatles fake book and I learned drums by playing to 'Full Collapse' by Thursday.

Q. How do you feel playing live?
Lots of sparks fly when we play live... it is a very visceral experience. As a trio, we can really experiment and improvise during songs. Kate rarely plays the same line twice. I'm always throwing new chords around... Chris sometimes drops out completely... we like to challenge ourselves while still enjoying each other. It makes for an exciting show.

Q. How do you describe Parlor Walls sounds?
It is soothing, prickly, expressive & provocative.


Q: Tell us about the process of recording the songs?
We live, write, and rehearse in Brooklyn which is a very chaotic setting. The city is fast-paced and kinetic, everything is go, go, go... the streets never sleep. We recorded the new album in the complete converse setting - a home studio [Birdwatcher] in upstate New York, nestled in the woods and completely secluded. It was a breath of fresh air. We were able to expand our minds, settle in the cracks, take our time... and wake up to birds chirping. It was a beautiful experience.

Q: Which band would you love to made a cover version of?
We played a set of Wire songs last year and felt pretty magical.

Q: What are your plans for the future?
To play lots of shows all over the world (especially Brazil!!)... write new songs... release another album in a year or two:)