Colder with Red Lines - An Interview 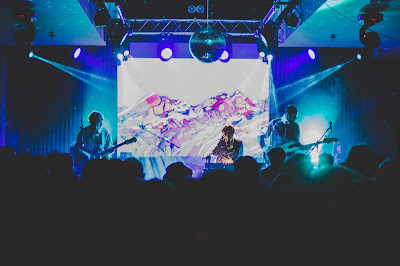 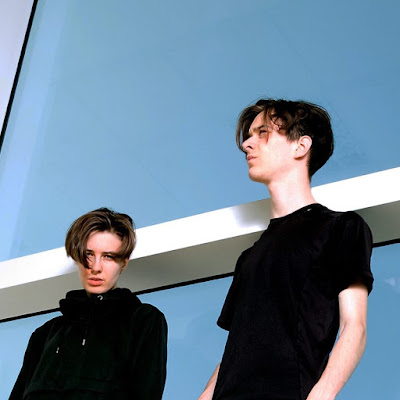 Q. When did Red Lines start? Tell us about the history...
The actual Red Lines started in 2015, let’s say end of August. We booked a studio to record a bunch of demos and then went straight to the head of VolumeUp Music Agency. Marco was really interested in this young project, I’ll say young cause the both of us is really young, 21 and 18, he invited us in his venue and we played. He was pretty much pleased and decided to help us with our career, so we recorded our first EP, Red Lines, in early February, 2016, then a second one came in May, 2016, and here we are, thinking about the big step that will define us as a real band, the album.

Q: Who are your influences?
We have really different backgrounds, I come from the classic pop, rock pop, electronic pop, and he comes from the psychedelic rock. I would pick James Blake, Banks, Beyoncé, Frank Ocean and from him Jack White, King Gizzard and The Lizard Wizard, Black Angels, and then I’d say Tame Impala and Beach House, where we meet in the middle.

Q. How do you feel playing live?
Amazing, awesome, pretty incredible. The nerves turn into adrenaline the second we step on the stage and then we give all of it, our live performances are all pretty energetic, we try to communicate with the audience as much as we can, small talks or introductions of the songs are appreciated, so we try to involve the people and make their heads band.


Q. How do you describe Red Lines sounds?
Red Lines is a psychedelic pop, dream pop, electronic pop project but I don’t know, how would you?

Q: Tell us about the process of recording the songs ?
We live in two different countries, one in Italy and the other one in England. Most of the times we come up with new ideas when we’re by ourselves cause we don’t get to spend a lot of time chitchatting together in the same room about “how would you like this song to be?”. We write a lot, melodies, riffs, chords progressions, sometimes whole songs, and then when we finally meet we re-arrange them and there it comes, Red Lines!

Q. Which new bands do you recommend?
Probably the blue square, angel olsen, for sure, we both love her, dead vibrations, josefin ohrn + the liberation and YAK.

Q: Which band would you love to made a cover version of?
I’d say The Last Shadow Puppets, or some poppy huge tune, just for fun, he’d say Black Angels for sure.

Q: What are your plans for the future?
Write a lot of good music and work for the album
*
*
*
Thanks