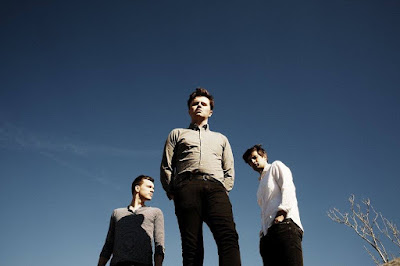 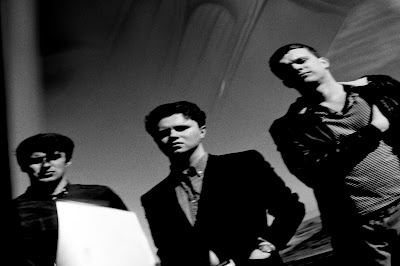 Q. When did Slow Riot start? Tell us about the history...
Slow Riot started in 2014 with Niall, Aaron and their first drummer. I joined the band in December of that year after the original drummer moved to NYC. We have been honing our craft since then. (paul)

Q: Who are your influences?
We all have an eclectic taste in music and like a lot of different bands across different genres. We also share a passion for certain bands like Interpol, joy division etc (paul)

Q. Make a list of 5 albuns of all time…
Turn on the bright lights: Interpol
In Utero: Nirvana

To be honest I always struggle with this question as we all like too much and varied music, Can we just say those 2?

Q. How do you feel playing live?
A bit apprehensive to start but once we start playing I just try to get into the groove and enjoy myself. A lot of this depends on the crowd. We feed off them, if they dig it we dig it. That said every night is different and we always go out there with the attitude to enjoy ourselves.


Q. How do you describe Slow Riot sounds?
We constantly get compared to the likes of Interpol and joy division but we really don't want to pigeon holeourselves into a genre or type of music. We didn't set out to sound like anyone else. These tracks and are music are just whats created when the three of us get to together in a room.

Q: Tell us about the process of recording the songs ?
We usually demo some tracks and have a listen to these before for a few weeks before we go into the studio. Again in the studio a track that was demoed can take a new direction once we start working with Kevin (our producer). We are open to input and change and we trust his opinion. The days recording are usually very long but we love it

Q. Which new bands do you recommend?
Our friends in London are in a great band called 'Whenyoung'. They are bringing out some really catch stuff at the moment. Another Limerick band we are fans of are Fonda and of course Irelands very exciting Girl Band.

Q: Which band would you love to made a cover version of?
N Sync.

Q: What are your plans for the future?
We are currently writing our debut album which we hope to record in early summer. Its coming along and flowing nicely so we are excited about getting this out into the world. Hopefully we will play a lot fo live dates across the summer in preparation for the release and start to tour late this year after the release.