Tanned Skin, Light Eyes with Fun With Ether - An Interview 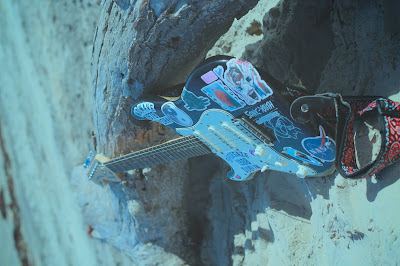 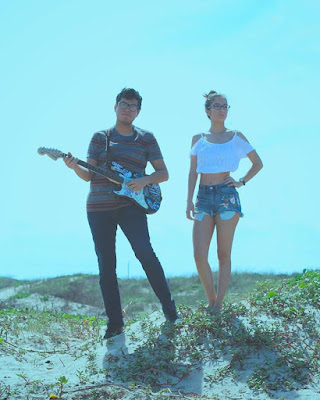 Q. When did Fun With Ether start? Tell us about the history...
1. Fun With Ether started off as an idea back in mid/late 2015. I really wanted to start making music, but I didn't have some essentials to start recording actual content. When I started my first semester of college, I recorded some demos with GarageBand using drum machine software. Then I stopped for a little while until I began recording tracks for my debut in the late summer of 2016 with the proper equipment.

Q: Who are your influences?
2. I'd say I'm heavily influenced by a lot of 90s, alternative, and shoegaze bands. Bands such as Lush, Sonic Youth, Swirlies, Pale Saints, and many more are some of the groups within that category. I'm also influenced by more rock-oriented bands as well, such as Rush, The Church, early Gene Loves Jezebel, etc.

Q. How do you feel playing live?
4. I've played live before, but I've yet to play my own material out in public. With that being said, I would love to start playing my own stuff live soon. I feel pretty ambitious about it.


Q. How do you describe Fun With Ether sounds?
5. I guess you could describe my sound as gritty dreampop, shoegaze, pop rock, etc. It's atmospheric, but there's a steady beat to it.

Q: Tell us about the process of recording the songs ?
6. Well, I'm practically the main guy behind Fun With Ether. It's like my baby, haha. I recorded all the instruments, starting with drums, guitars, bass, and lastly, vocals over the fall/winter of 2016. My friend Erika is the voice behind the project. After I had a fairly decent mix of the instrumentation, we met together during our winter break for a couple of days to track the vocals. We were on a time crunch because she goes to school out of town. It's kinda funny because I also write the lyrics and have a certain way the lyrics are to be sung in my mind. Despite having a horrible voice myself, I showed her how the sing the vocals. But it didn't take too long and the process went relatively smooth.

Q. Which new bands do you recommend?
7. Hmmm, tricky question! While Ringo Deathstarr isn't relatively new, I'd highly recommend them to those who are into modern shoegaze. Ally Gold is another great alt-rock group. If you really want to listen to really noisy stuff, check out Soda Lilies.

Q: Which band would you love to made a cover version of?
8. I would love to cover Sonic Youth, especially songs from their early discography. I love their raw sound and noise from most of their albums from the 80s.

Q: What are your plans for the future?
9. Let's see.. Well as of right now, I see myself having enough creative ideas to make two more albums, maybe even a couple of EPs. So I definitely plan to write more content in the near future. Hopefully I'll get to go out and tour around Texas. That would be fun!