Corporate Dream with No Mightier Creatures - An Interview 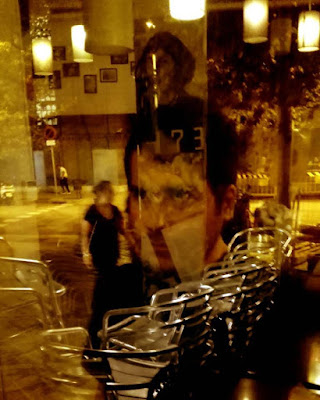 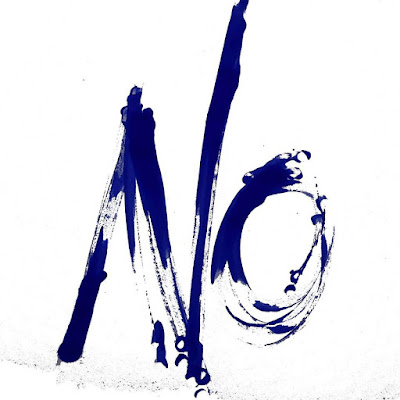 Q. When did No Mightier Creatures start? Tell us about the story...
*I found the name of the project in a book, wrote it on a piece of paper and put it on my wallet. Sometime by the end of 2009 in Washington Square Park I met this black man who told me a few things about the blues. I became obsessed with pieces of tense cable and wood and plastic that resembled knots, boxes or wrappings on the street. When I moved to Barcelona and traveled around a bit, I started bumping into them more frequently. Photography became a new way of taking notes of the efforts these decaying urban environments were making to hold themselves steady; I convinced myself that something was sending me a message. In the meantime, I taught myself how to use vocals; natural room reverb and the resonance of an acoustic guitar near my chest helped a lot. Time passed by. I traveled to Pucallpa, after I had to face bureaucratic shit in S/pain again and found myself working 39 hours a week. I guess one can learn to articulate a voice after paying attention to what's really out there; a record should build up in you until is set to burn and cut.

Q: Who are your influences?
*Not sure, if I were younger I could be more specific on this topic. Who are my influences?

Q. Make a list of 5 albums of all time…
*I am only certain of my top two of all time: White Light/White Heat by The Velvet Underground and Funhouse by the Stooges.

Q. How do you feel about playing live?
*It’s a good pull back to reality, I haven’t played live in a while.


Q. How do you describe No Mightier Creatures´ sound?
*That’s not for me to say, I listened to these songs so many times I cannot hear what they sound like anymore, I only know what I hear which is not necessarily what they are.

Q: Tell us about the process of recording the songs ?
*I had a bunch of demos and lyrics and traveled back home to Lima. I got together with Dolmo, former Serpentina Satelite guitarist to get the songs organised, then got together with Arturo Quispe who plays guitar in Cholo Visceral and runs the indie label Necio Records in Lima. He had been playing drums for about 6 months by the time we started rehearsing and he was fantastic, Arturo is an incredibly talented and determined musician, you should check out his work. A couple of weeks passed by and Felix Dextre, also former Serpentina Satelite, got back from India where he was doing some Yoga master classes. We had already discussed this new project, he offered to help me record it and play bass. Once the band was together we rehearsed I guess about 15 days or so and then went into the studio. All tracks were recorded live, there´s just some minor overdubbing and the vocals of course. I wanted to keep it as straightforward and transparent as possible. We recorded 13 songs in one day and a half.

Q: Which band would you love to make a cover version of?
*That’s easy: “Hybrid moments” by The Misfits… If you’re gonna scream, scream with me… Moments like this never last…

Q: What are your plans for the future?
*No plans.

Q: Any parting words? Thanks again
*Thank you for this interview and for listening. The vinyl version of No Mightier Creatures is coming soon, bare with us a moment, moments like this never last.
*
*
*
Thanks