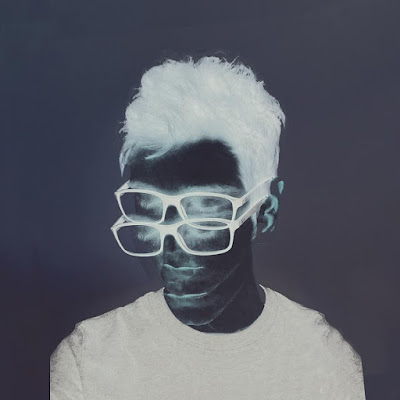 
1. This Is the Way
This was the first song written for the album, and ultimately is the one that set the tone for the rest of the songs. The album wasn’t initially going to be very heavy, and was going to stick to the same formula as the previous VFDB albums, but as this song was being written and recorded, a desire grew to create a more intense album than I had in the past, but one that still kept the right amount of atmosphere and beauty where necessary. This song, as with all the others, has some wonderful guest vocals and guitars from some very talented friends.

2. Blurred
This track was originally very different, and had completely different verses. Something just wasn’t gelling with the original verses though and, despite my best efforts, it had to be scrapped. I was incredibly happy with the rewritten version which include not only new verse, but the big wall of sound instrumental choruses. Listen closely and you can hear some vocals buried deep, deep in the back of the post-choruses. There are a lot of amazing guest vocals on this song, and the incredible outro was done solely by Tyler Agnew of the band Blue Plutos. There’s some acoustic guitar, some ukulele, and two killer synth lines. That’s my highlight of the album.

3. I Can’t Speak
The writing of this track was influenced by the story of the Russian cosmonaut Vladimir Kamarov and his fatal voyage on the Soyuz 1. Kamarov was sent on a space mission in a botched spacecraft that he knew could end in his death. The samples you hear in the track are his last transmissions as his craft plummeted towards earth. This track contains my favourite riff on the album. Considering the subject matter, this song had to be as intense as possible, and I think/hope the riff achieves that.

4. Indigo/Younger
This is the one I liked most as I was writing it. The drums have a nice tom pattern going on which I’d never worked with before. The main riff started out pretty simple, but then I decided to go with an accompanying second line that harmonises with the main line in some places. The big metal outro is one of my favourite parts of the album, and had a lot of time spent perfecting the mix. I’d never mixed double kicks before, and learnt a lot along the way. Mixing those double kicks with thick bass, and about 10 guitar tracks proved a real challenge, but I think ultimately it turned out sounding nice and wide and punchy. This track is about a nostalgic feeling for times and relationships of the past.

5. White Columns
This track was intended to be the big closer of the album, and mirrors track 1 in many ways, especially in terms of an attempt at coming up with a big, heavy memorable riff. Another moment I’m fond of are the synth parts in the “what you want…” section before the long instrumental bridge. That synth preset really was the perfect addition to that section, that I knew needed something extra added for a long time. It sounds to me like a distant, broken siren. The guitar solos in the big outro of the song were the most fun parts to play on this album. In the background of the instrumental bridge you can hear the album title being shouted out from the other side of the room. This track was originally going to be given the same title as the album, but I thought that would draw too much attention to it as the title track, but this track definitely echoes the sentiments of the album title. The title of the album comes from a line written by Seneca, the stoic philosopher. The title’s meaning is echoed throughout the whole album, but especially on this track.
*
*
*
Thanks