When It Pours with Inspiraling - An Interview 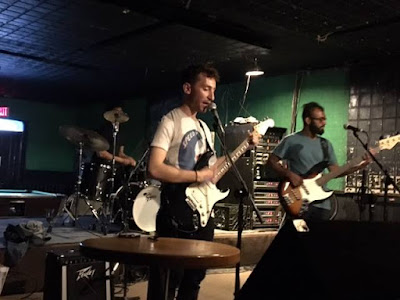 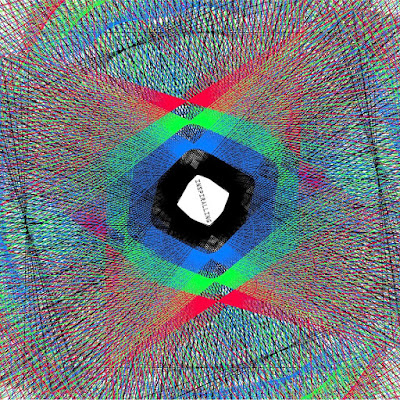 Q. When did Inspiraling start?
A. Inspiraling actually started in my dorm room a few years ago when I’d make like super lo-fi kind of electronic/chillwave tracks with a single keyboard and garageband. Since the only instrument I had with me at the time was that keyboard, I would actually play/record the drums by using the synth drum preset and would try to stay in time hitting my fingers against the keys… Along the way though I kept practicing, learned way more about music theory and music production, picked up a guitar, and just kept recording more and more tracks until Inspiraling was really born. A super rad student-run label Electric Buffalo Records were awesome enough to release some tracks for me, and now I’m just putting out stuff out on soundcloud and bandcamp. I’m stoked with the sound I feel I’ve reached!

Q. Who are your influences?
A. A huge influence for me was definitely Tame Impala. I know a lot of bands/artists today are also huge Tame fans but I would say that Tame Impala in many ways really reinvigorated my interest in writing and recording, and continue to serve as a major inspiration. Unknown Mortal Orchestra and the Flaming Lips are also huge influences, and on the flip side there’s also 90’s shoegaze & indie rock. Acts like Slowdive, and especially My Bloody Valentine and Built to Spill have definitely been major influences on my sound.

Q. Make a list of 5 albums of all time.
A. Dangggg this is a tough question haha. And I even mentally prepped myself for this… Ummm if I had to choose five I would say:
1. Tame Impala - Lonersim
2. My Bloody Valentine - Loveless
3. The Velvet Underground & Nico - Self Titled
4. Todd Rundgren - A Wizard, a True Star
5. A Tribe Called Quest - Low End Theory

Q. How do you feel playing live?
Oh man playing live is awesome. I love having a multitude of guitar pedals strewn about your feet and then pressing down on a flanger or something and seeing how the audience reacts. I was super lucky to have my rad homies Sanat, Joval, and Jai help me play the tracks live and they really helped me translate the songs from studio projects to live jams. Can’t thank those dudes enough. Admittedly it can be hard sometimes to translate some of the studio effects and multi-tracking to a live setting, but there are always ways.

Q. How do you describe Inspiraling’s sound?
Lo-fi existential psych rock? haha nah I would actually describe it as 90’s indie rock with a heavier emphasis on the psychedelia. Like the vibe and style of neo-psychedelia meets the grit and noise of 90’s noise rock.


Q. Tell us about the process of recording songs.
A. For sure! Though I wish I had the “divine light” that some artists seem to have, writing songs is a lot of work. Sometimes a short snippet of a melody may come to me right before I fall asleep or I'll play something that sounds cool while tinkering at the piano or guitar. From there I just have to sit down and hash it out until I come out with something that I like. From there I’ll record drums, guitar, bass, keys, vocals in my basement all by myself and will then mix it solo as well. Though it definitely takes a lot of time this way, I like having total control over the recording and production process for Inspiraling. I find it quite liberating.

Q. Which new bands do you recommend?
Hmmm, definitely check Tame Impala and Unknown Mortal Orchestra if you haven’t already. Some other really good ones are Alex G, Plumbs, Hiatus Kaiyote (for my neo-soul fans out there), Homeshake, and Koi Child. Also there’s some sick bands from Delaware that I’ve been into called Fiance, and Frisco - both of which are super tight.

Q. Which band would you love to make a cover version of?
I think it would be super funny to make an indie’d out/shoegaze version of something super poppy like a Miley Cyrus, or something super mellow like Norah Jones. But in all seriousness I think it would be pretty interesting to cover some Caribou songs… not sure how those would work but I feel like it could be super cool.

Q. What are your plans for the future?
To just keep making music I enjoy and further refining my sound. I definitely want to work more on my songwriting and experiment more with various production techniques and effects to get some crazy new sounds. Also hope to get out there and play some more live shows in the near future!

Q. Any parting words?
Thanks so much to The Blog that Celebrates Itself for indulging me and to all of the homies out there.
And for any of you who want to start making recorded music but don’t know where to start, just go for it.

You’ll figure it out on the way, and I’m convinced nobody really has had any idea what they’re actually doing anyway.
*
*
*
Thanks