Around You, Around Me with Cruel Summer - An Interview 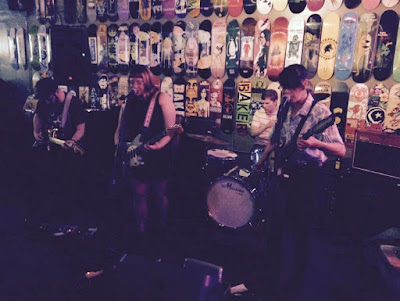 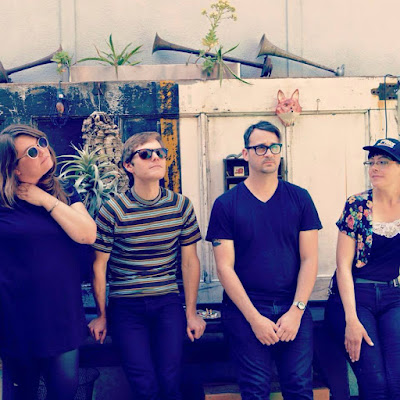 Q. When did Cruel Summer start? Tell us about the history...
Monday, November 7th 2011 was our first show. Thea had been playing house shows around SF in a band called little spoon or no spoon that I absolutely loved. Super 90's indie rock anthems galore with smarty pants lyrics. After her band dismantled I drunkenly told her we should start a band about 157 times until she finally folded and took me up on it. We then practiced the same song "white Flag" in a pay by the hour SF rehearsal space, (that boasts the same name as a Beatle but ironically not named after that said Beatle) through broken, crappy solid state amps with Sean our first drummer until Chani finally saved us with her smiles, ooo's, ahh's, and guitar like bass lines.

Q: Who are your influences?
I'll leave it up to others to answer this question. Our drummer Andy has gone on record and stated we are "Sonic Youth with two Kim's". The recently closed Aquarius Records once compared us to Tsunami. I've heard people who have never heard us before say we have similar sonic characteristics with LUSH more than a few times in the past five years. Sheesh!! Has it really been 5 years???

Q. Make a list of 5 albuns of all time…
I can't speak for the band but my top 5 in no particular order and is subject to change at any second is as follows
MBV - loveless (duh)
Black sabbath - sabbath bloody Sabbath
The Cure - The Top
Bauhaus - Burning from the inside
The Sex Pistols - nevermind the Bollocks

Q. How do you feel playing live?
We play out quite a bit but when I feel my strumming hand cramping up I realize my nerves are trying to get the best of me. That feeling of realizing you care what people get out of your band is priceless. If I'm lucky enough to look up during a song and see a few heads boppin it can make my week.

Q: Tell us about the process of recording the songs ?
Well as we just finished recording our next Album. This question is very topical. We record everything live straight to 1/4" tape. Adding some clean 2nd guitar tracks with a Jazz chorus 120 and a little midiverb manic buried here and there are about all the parlor tricks we have up our sleeves.

Q. Which new bands do you recommend?
Currently in rotation,
-Soda from Gainesville Florida
-business of dreams from LA
-Naked Lights from Oakland

Q: Which band would you love to made a cover version of?
We just released a 7" we did for Part Time Punks in LA of one original and a cover of PYLON's "crazy" that REM oddly enough had made famous as the b side. Available on Grabbing Clouds Records.

Q: What are your plans for the future?
A US tour next year in support of our LP out spring of 2017.

Q: Any parting words?
I've said too much already. Good night.
*
*
*
Thanks