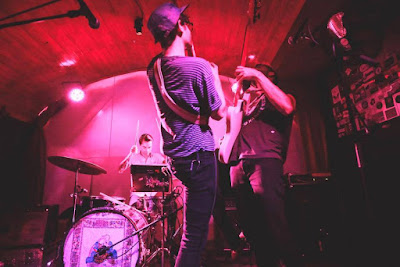 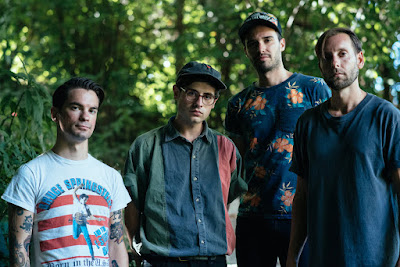 Q. When did Suburban Living start? Tell us about the history...
I started Suburban Living in 2012 when I lived in Virginia Beach, VA. It started with me just writing songs I’d want to listen to and eventually morphed to being a “real” band. I assembled a live band and started touring and playing shows. It’s been a total blast. In 2014 I moved to Philadelphia and met my current live band, and since last year the four of us have been writing music together. I collaborated with them on our new record.

Q: Who are your influences?
I’ve always been the most influenced by Sonic Youth. I’m also into The Cure, Cocteau Twins, etc.


Q. Make a list of 5 albuns of all time…
Oh man, thats tough. How about this - here’s some essential records to me in no order:
Daydream Nation, In Utero, Wish, Broken Social Scene S/T, Purple Rain, Loveless

Q. How do you feel playing live?
I always have an awesome time playing live but lately it has felt the best it ever has. We’ve finally got these new songs in the set and after about a month of rehearsing I feel like they’re finally wh

Q. How do you describe Suburban Living sounds?
Nosey but pretty. Maybe like a sour patch kid. Sour then sweet?

Q: Tell us about the process of recording the songs ?
I did a lot of demos last year for the record, then I’d choose my favorite and the band and I would complete the ideas. We recorded “Almost Paradise” with Jeff Zeigler right here in Philadelphia. He’s a super talented engineer so luckily once we got the songs to his studio recording the record was a breeze.


Q. Which new bands do you recommend?
I’ve been into this band Blue Smiley who is from Philadelphia as well. OMNI is great, Twist, and True Body

Q: Which band would you love to made a cover version of?
There’s been talks of doing a Beach Boys cover. A track off their record “Sunflower”

Q: What are your plans for the future?
We’re excited to release the record and start touring off it as soon as we can. Can’t wait to perform all these new songs for everyone!

Q: Any parting words?
Sorry about Ryan Lochte. He’s an asshole.
*
*
*
Thanks