Songs From The Adjacent Room with Snake River - An Interview 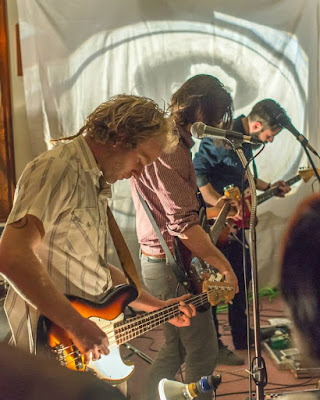 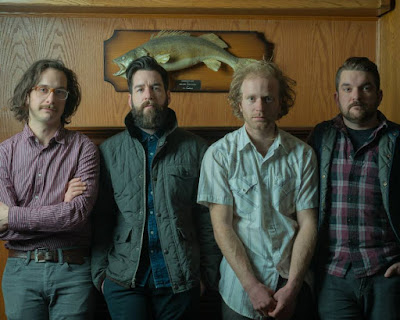 Q. When did Snake River start? Tell us about the history...
Snake River started in 2012. Originally as an outlet to release some of the recordings I'd made on my own, ones that didn't fit in with other various projects I was involved with at the time. I made two solo records on my own under the name Snake River before it sort of morphed into a full band around 2014. The two latest records were recorded with the full band, and I think benefited from that. I am glad that I made those first two records though because those songs needed to get out of my brain. We don't really play any of those old tunes anymore. The newer stuff is more oriented to our live sound, which is a lot more dynamic than the early music I whispered into microphones in closets.

Q: Who are your influences?
There's too many. Everything I do has some reference in it, I think that is the case for any one who makes art nowadays, anyone who tells you otherwise is probably lying. But I absolutely love Syd Barrett, Neil Young, Bob Dylan, and Tom Verlaine to just name a few of the longer term influences. For this record though I think it was heavily influenced by Robyn Hitchcock, The Incredible String Band, Richard Thompson and XTC. Although the record actually very little like those artists.

Q. How do you feel playing live?
It's great, I love the chances you can take during a show. There is nothing like playing a great show, it's similar to the post-coital feelings. That being said I prefer record-making, because you can hone something and make it sound exactly how you want it to sound. Live music can be a little cheap, in that volume and lights and reverb and anything else can hide band's bad songs. On a recording you're right out there, you have to make it good. It has to be something someone choses to play on their own, therefore it's got to have some lasting quality.

Q. How do you describe Snake River sounds?
Twangy and fuzzy. Swirly and whirly.


Q: Tell us about the process of recording the songs ?
This record was recorded mostly live. I wrote the tunes, showed to the guys. We'd jam them out a bit, and before anyone is too comfortable we'd record them. You have to keep some element of surprise in a song when you are recording them; if there's nothing interesting about what you're playing when you're recording a song, how could you expect anything interesting to happen on the recording? We recorded two of the songs at a cabin on a lake last summer, and would go swimming and drink beers between takes. We also recorded two on one of the coldest nights last winter, where it was -30 Celsius. Between takes that on that session we just tried to stay warm...by drinking beers.

Q. Which new bands do you recommend?
One of my favourite bands is The Radiation Flowers. They are friends of ours from Canada. They are one of the best bands out there. They have the amazing vocal melodies in their music, which is sort of rare for psych music. Along with this the music spooky and beautiful, atmospheric and direct. It's hard to explain how truly amazing they are. Timeless. They put out an amazing album last year, and just put out a split 7" with The Orange Revival from Sweden.

Q: Which band would you love to made a cover version of?
I've always wanted to put together a band to play Television's Marquee Moon album front to back, but haven't gotten around to it. Next year will be the fortieth anniversary, maybe that'll be a good excuse to finally do it.

Q: What are your plans for the future?
We just started work on another record last week, which we will finish up after we're done touring this record. It will be out in 2017 sometime.

Q: Any parting words?
Check out Radiation Flowers.
*
*
*
Thanks