666 with Sugar Candy Mountain - An Interview 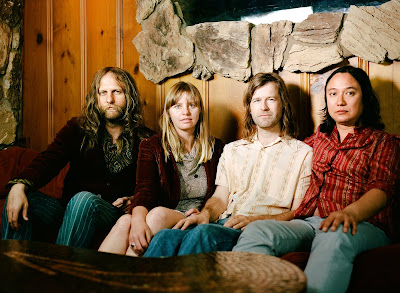 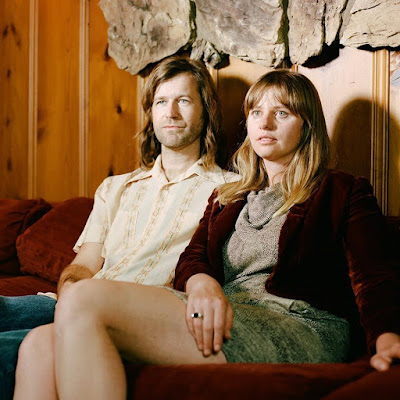 Q: Who are your influences?
Will: Too many to mention. Lately I've been inspired by We All Together, Os Mutantes, The Beatles, The Kinks, The Beach Boys, Mild High Club, Big Star, Fpodbpod, Range of Light Wilderness, Papercuts, and Big Search- off the top of my head.

Ash: I listen to a lot of Brazilian music. Gal Costa, Sydney Miller, Jorge Ben, Gilberto Gil and of course Os Mutantes are my touchstones for cool melodies, chord progressions and use of rhythm. Some day I'll learn Portuguese so I'll know what all my favorite bands are singing about. Reverberation Radio a weekly playlist from the Allah-Las guys is my go to find new and old more obscure music. If you haven't checked it out yet- you'll be pleasantly surprised by their carefully curated mixes.

Q. Make a list of 5 albuns of all time…
Will: Pet Sounds, Sgt. Pepper, Mutantes, Village Green Preservation Society, We All Together 2.

Q. How do you feel playing live?
Will: We've been enjoying experimenting with the live set by try new songs and bringing back an older tune every once in a while. Our set has improvised moments and the band is pretty versatile these days. Everyone is a multi instrumentalist so we've been changing the instrumentation from show to show playing with 4-7 musicians- sometimes playing a vibraphone, synth bass, a variety of keyboards and percussion.

Q. How do you describe Sugar Candy Mountain sounds?
Ash: We try to be playful and inventive as we produce our sounds. About 4 years ago I got very interested in guitar effects pedals. I have a great rig and I use this a lot to achieve the lush sounds you hear on the record. Our goal is to make records that sound classic like the records we love from the 60's and 70's with our own modern touches. I never want it to sound to clean or shiny, I need grit and character. We have scrapped whole songs before because they came out sounding too clean.

Q: Tell us about the process of recording the songs ?
Will: Generally, Ash and I will have the structure mapped out and record guitar & drums live together- sometimes with a bass player. The rest is overdubbed, often at home and with the help from the band & friends.

Ash: We have some great friends to call to play all the bells and whistles on our records. Our buddies Matt Lundquist and Connor "Catfish" Gallaher are masters of pedal steel, Patrick Doherty (Will's friend from high school band) added some cool horns and synth, Matt Adams from The Blank Tapes plays bass with us and has been helpful in the past on a variety of instruments from marxophone to his signature guitar licks, Tom Edler who often plays bass with us added some really fantastic vibraphone and Jason Quever from Papercuts who also helped produce "666" was very intuitive with keys and bass always finding just the right parts and tones to add our songs.

Q. Which new bands do you recommend?
Ash: I will just tell you about all my cool friends check out their bands. Indianna Hale, The Electric Magpie, Papercuts, Big Search, Dream Phases, Everyone Is Dirty, Levitation Room, Annie Girl and the Flight, The Seshen, Bells Atlas, Mild High Club, Flaural, The Blank Tapes, Kacey Johansing, The Range of Light Wilderness, Extra Classic and Fruit Bats.

Q: Which band would you love to made a cover version of?
Ash: We've done a couple good covers. We have a cover of "Rain" from The Beatles out on Cleopatra records and limited edition cover of "Beechwood Park" by The Zombies out on PIAPTK Records. It would be cool to cover some Paul McCartney stuff or some Os Mutantes.

Q: What are your plans for the future?
Will: We're putting the finishing touches on a record that predates "666" and touring the southwest in Autumn including a slot at Desert Daze in Joshua Tree on the same day Television plays!! I can hardly believe we get to play a festival with one of our idols. We are also looking to tour Europe, Brazil, and Japan. We have a tropicalia record and another record we're writing too.

Ash: It's been a busy year so far with lots of touring and big life plans. I'm looking forward to being settled down long enough to write a whole big batch of songs. I have the idea for an album in my head I just need a little time to flesh it out. Once I feel like we're ready we can head into the studio and start laying down tracks. That's my favorite part so I can't wait for that.
*
*
*
Thanks