Dead Head Your Flowers with Chilindrina - An Interview 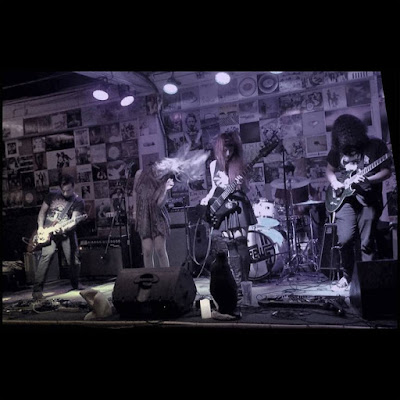 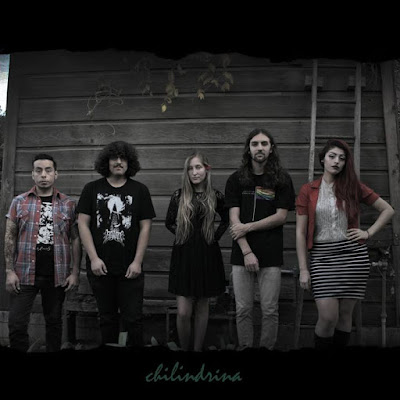 Q. Hello Jerry , first congratulations on the new release, it's really brilliant, what is your analysis after conclusion of release? Are you happy with the result? How was the process of creating 'Dead Head Your Flowers"?
Jerry - Thank you so much! We really appreciate the support! Well, looking back on creating the EP, Post Mortem, I'm realizing how fortunate we are to be able to live in a space where we can also write and record an album! Admittedly, I have no formal training in music production so this was pretty much a huge learning experience but all in all I'm quite happy with the result. I'm also quite furtunate to be working with such creative and talented musicians. That came in quite handy as it made the whole recording process quite enjoyable thus helping me to focus on learning and refining.

Micheal - I am pleased with the end result, but there's definitely room for growth and progression.
The recording process was smooth and organic. Taking the songs in front of live audiences let us get more in touch with our respective parts.

Gloria - I feel like this collection will be well recieved and I'm so thrilled to put something out that has so much of our essence in it. I'm exited and thrilled about the results and feel like others will be too. The process was more simple this time around as a player. Since we practiced and played live so much it felt very natural to get into a song. Also I think what i was trying to convey is the feeling that happens when you play live, I really wanted to have that emotion or feeling being captured on tape.

Lizzie - I'm endlessly happy with how the songs turned out. This is the first release I've been a part of as a vocalist/artist and I'm stoked. Often recently I've taken time to sit and listen to the whole collection all at once, hearing our dreamy sound blaring through my headphones puts me in a trance similar to that experienced when one hears a song they like for the first time. It's all quite surreal. The process of writing and performing the songs included in "Dead Head Your Flowers" was quite the experience. While Jerry contributed some radical verses to the tracks "Drown out" and "Windows Bleed", I wrote the lyrics for the remainder of the tracks. A little piece of my soul lives within each song. I made an effort to bring as much emotion as possible into the writing process.

Sebastian - It feels good. I'm pleased with the result and I know it's only up from here. It was a lot of fun. We spent a lot of time playing these songs live and refining them so when it came to tracking the songs everything went hella smooth.


Q. What were the influences for creating Dead Head Your Flowers?
Jerry - "Dead Head Your Flowers" was a long time in the making. I've long wanted to work on a project that had the essence of all the moody noisy jams that used to make the rounds in my old school CD player during my young impressionable years... not like a discman but like a MACHINE that played Cds! Matador, 4AD... I think I really wanted to make something that kind of sounded like the unwanted bastard child of Helium, Daisey Chainsaw, Pavement, The Pixies, Siouxsie, Violete Indiana, PJ Harvey...maybe a little Juiliana Hatefield... ha but thanks to the Calaboration between the 5 of us THIS is what came out instead and I couldn't be more proud of this release.

Gloria - there are many bands that are amazing and have paved the way to our creativity. Also I feel like im influenced visually by other players when they play live. I love to see when a musician really gets into a song and how it sounds. I want to say Creepoid is a good example of a live band that really gets into their set and draws in the audience.

Lizzie - Since my contribution to Chilindrina's music has consisted mostly of writing and performing the lyrics, my influences were derived mostly from my own life and perspective. Through listening to how the melodies made me feel, I could translate those emotions into a story of sorts. Those stories then became lyrics.

Q. What are your plans for 2016?
Jerry - Definitely more shows to help promote this EP. The digital download is out now but we plan on releasing it on tape early fall. In the more imediate we will be playing this amazing event that will be held here in the San Jose Bay area at the Santa Clara County Fair Grounds. It's called "Mark and Anne's Art Party" the tagline is "Burning Man in a tux". There are hundreds of Artists and musicians and performers participating. It's pretty huge so as you could imagine we are pretty excited to be involved. Moving into 2017 there just might be some touring up the west coast in the works!

Gloria - Keep playing as many shows as possible. Start getting our music on something people can physically have. Their is no stopping for 2016.

Lizzie - My plans for 2016 moving into 2017 regarding Chilindrina include shows, shows, and more shows! I've so enjoyed connecting with other local artists and I look forward to meeting more talented people that share my love for music. I can't express my excitement for all our future projects following the release of Dead Head Your Flowers.

Micheal - In the year 2016 and beyond we will start a paradigm shift that would make Sagan smile in wonderment.}
*
*
*
Thanks