Half Moon with Seashine - An Interview 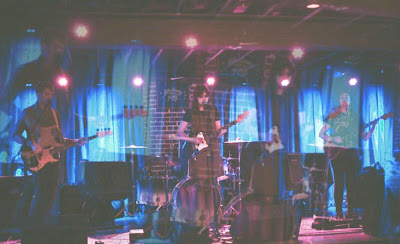 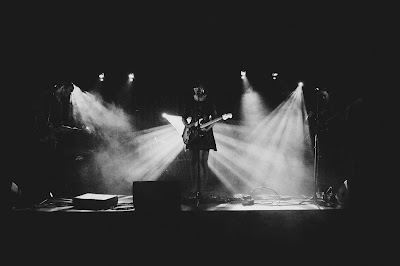 Q. When did Seashine start? Tell us about the history...
A. I've spent a few years writing solo material under the name Two Souls, and Paul and I started a three-piece playing my music. Seashine began when I actually put an ad out on Craigslist to find a keyboard player for our little group. I was really lucky that Seth responded to the ad and recommended Kate to me. It turned out that both he and Kate are fans of the music we enjoy so I decided to have them come out and practice with Paul and I. It was a perfect fit.


Q: Who are your influences?
A. My favorite band is Beach House, but I pull a lot of inspiration from Slowdive, Diiv, Wild Nothing, The Verve, Lush, Whirr, and so many more.

Q. Make a list of 5 albuns of all time…
A. Oh wow. This is difficult... These are at least some of my favorites:
1. Really hard to pick my favorite album by them, but Beach House's S/T album is an absolute gem
2. The Millia Pink and Green by Sway... perfect EP
3. Is The Is Are by Diiv... I think Cole's compositions are genius
4. Turn On The Bright Lights by Interpol, I know that album like the back of my hand
5. Just For A Day by Slowdive... I mean, how perfect is Slowdive?

Q. How do you feel playing live?
A. I didn't have a lot of experience playing live with a band before Seashine, but as soon as we started playing out, the pieces sort of fell together for me. Playing on stage is so energizing. Especially with this group, because we're loud, which I really enjoy. It brings a lot of life and force to our music that we thrive on. I love to lull the audience with our sound and then sort of let the waves crash on them, hoping they feel the energy too.


Q. How do you describe Seashine sounds?
A. I think when I write I'm usually thinking about the space around us; I like to play with the space with reverb and echo, making it feel empty, then suddenly filling it with a lot of sound. It's reminiscent of how emotions often overcome us. I know that I always respond to music that makes me feel something powerful, and I want to give that to other people too.

Q: Tell us about the process of recording the songs ?
A. I've been writing songs for a long time that I've wanted to play with a group, so I recorded a few on my own to bring to the band. Seth and I immediately started collaborating when we met, and he would record and send me drum tracks as ideas that I would write on. That's in fact how we wrote a few of our songs. So, we can sort of say that we started recording together before we really played as a band. Eventually, when we recorded the demos that we have out now on SoundCloud, we followed the same pattern, with Seth recording drums and myself filling in all the rest on my own. In all, our recordings were made at home separately. But I would really like us to do in-studio recordings for our next release.

Q. Which new bands do you recommend?
A. I love a Canadian band called The Luyas that I think everyone should listen to. I have no idea how to describe their sound, but they are one of the most original bands I've ever heard. We also just played a show with a band called Enemy Airship out of Columbia, Missouri, and they simply blew me away. Not to mention Saint Louis's own CaveofswordS: very original sound.

Q: Which band would you love to made a cover version of?
A. There are a lot of bands I'd like to cover, but I've wanted to cover Diiv since I first heard them. Their songs are so fun to play.

Q: What are your plans for the future?
A. I'm writing a lot again right now and I can't wait to bring more music to the band and watch it come alive. I'm writing tracks for a full-length album --- that's the next goal. But in the meantime we're really enjoying playing out and meeting people.

Q: Any parting words?
A. We really appreciate everyone's support --- cheers!
*
*
*
Thanks