DarkOut Dirges with Since When - An Interview 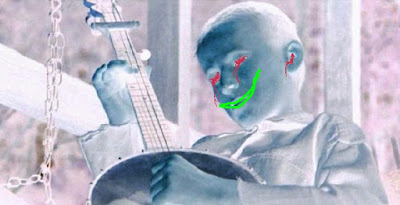 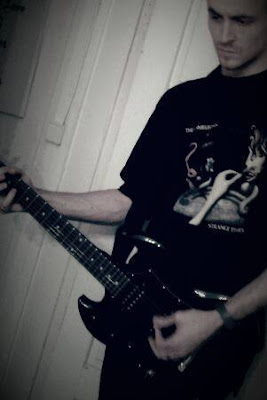 Q. When did Since When start? Tell us about the history...
I suppose in 2008 when I finally settled on the name of the project and bought a little mixing desk for home recording. "Sleep Was Here" was Since When's first born child, so to speak; and I'm still yet to surpass that in my opinion. But the first release, 'It's Blue in the Flame Room' was not until 2011. From there on it's been a steady slow trawl trying to get at least a small, yearly portion of my sound and vision out there.

Q: Who are your influences?
The line between influence and admiration seems pretty vague to me, and thus it's hard to say exactly. And anyway I have always tried to steer clear of picking up on anyone else's sound or style seeping into my playing. But, having said that, I might have allowed some influence from a few of the many guitar heroes of mine...people like Vini Reilly (The Durutti Column), Rowland S. Howard (The Birthday Party), William Reid (JAMC), Nick Drake, Ian Crause (Disco Inferno), Stuart Adamson (early Big Country), Greg Sage (Wipers), Bob Mould (Hüsker Dü), Kurt Cobain, Jimi Hendrix, etc...

Q. How do you feel playing live?
I regret to say that Since When has yet to play live, which is a crying shame, but I'm very eager to try and fix that sometime in the following months maybe. Hopefully it will be a sad spectacle of noise & nausea, haha.


Q. How do you describe Since When sounds?
Well I guess the general moods mostly revolve around a nocturnal brand of dolor, intertwined with some kind of dirty fury/fire (I would hope).

Melody comes before fidelity or other such trifles, heh heh. Even though I will always have a major hard-on for guitar noise and feedback, the base intent is always melody, or sculpting melody out of the noise and whatever sounds are thrown at me by my own equipment and their malfunctionings thereof, or the less-than-pro recording methods of mine. And same with all other kinds of 'mistakes'. Failures may become features, as it were.

And less is not only more, less is everything.

Q: Tell us about the process of recording the songs ?
Me and my very limited patience have a deep disdain for tinkering around with computers and programs and files for too long so I usually go for the most immediate way. Nowadays for example I really don't mind putting out something I recorded with my phone. I guess a murky production or sound fits my music well. However I do not just toss stuff out, there's always a certain kind of warped perfectionism that raises its head when I'm recording/mixing/editing. I'm not sure if it translates to the listener though.

Q. Which new bands do you recommend?
I'd rather recommend a hundred forgotten older bands, as there don't seem to be many around currently that aren't already on a some kind of pedestal. Everything of even a passing quality is usually discovered and categorized so quick these days.

However, a few that are active and doing good things, nothing too new nor obscure though: Tollund Men, Tamaryn, Bloodyknives, SPC Eco, Xinlisupreme.


Q: Which band would you love to made a cover version of?
There's tons of songs I'd love to transform into Since When shape, especially in a live setting in the near-future.

For example, would be so much fun to completely makeover some classic freestyle or eurodance tracks...I loved what Selebrities did with Technotronic's "Move This" a few years ago.
Lou Reed has several I'd love to cover one day. Also, some of those early Throwing Muses tunes really appeal to me performance-wise, like "Hook in Her Head", "Call Me", "Furious" or "Finished" - and I'm pretty sure Since When will at least attempt to play "Hook in Her Head" live one day. That one's always been kind of an ideal darkly poetic noise rock song to me.

Q: What are your plans for the future?
Heading into a more vocal and less chaotic direction, gradually. I got two/three rad new releases underway, slowly but surely; a single, an EP and a new album. Plus I need to get that first gig out of the way.

I have another guitarist on board now but am still looking out for a bassist plus a drummer.