Into the Void with Tomorrow Syndicate - An Interview 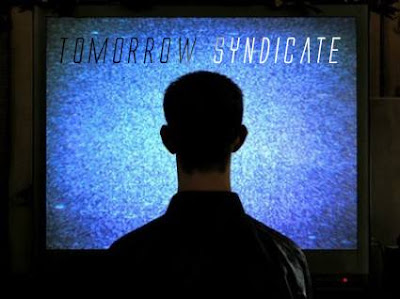 Q. When did Tomorrow Syndicate start? Tell us about the history..
‘Tomorrow Syndicate’ has been floating around in my head for the best part of a decade. It was always something I planned on doing but I’m pleased to say that it’s now becoming a reality. The first pieces of music began to form in late 2012 but ‘real life’ took over and unfortunately music took a back seat. I’ve really missed having a creative outlet and I made a conscious effort this year to push myself and get music out there. I’ve been writing music with my friends Graham Gordon (Helicon, Inner Wheel) and Seb Jonsen (The Mushroom Club, The Beatroots) throughout 2016.

Q. Make a list of 5 albums of all time…
I need to be honest here. This task is almost impossible so I will cheat slightly and fire out 5 albums (in no particular order) that have seeped into my consciousness throughout the year.
John Carpenter - Lost Themes
Palace Winter - Waiting for the World to Turn
David Bowie - Black Star
Beach House - Depression Cherry
The Sound - Jeopardy

Q. How do you feel playing live?
We’ve yet to play the songs live but the plan is to play our first gigs in Spring 2017. I’m currently in the process of sounding out some like-minded individuals to make this a reality. The songs are going to sound really big live. Very exciting.

Q. How do you describe Tomorrow Syndicate sounds?
There are elements of kraut rock and synth rock/ pop in the melting pot.


Q: Tell us about the process of recording the songs ?
I’ll usually work on an idea on the acoustic or keyboard and make a bare bones demo on my 8 track. We’ll then flesh out the songs in Graham’s garage/ make shift studio (he lives next door to me). Initially I used a drum machine on tracks but we’ve started to incorporate a live kit in the recordings. It definitely feels like the live sound adds that bit more energy to the songs. We’ll record the drums in the garage (known to it’s users and frequenters as ‘the departure lounge’) and bounce them onto my machine. I’ll then attempt to maintain my sanity and add instrumentation whilst listening to the songs on repeat in my place. I like to keep things as simple as possible. We don’t have any funds for recording so everything is lo-fi and DIY. We have creative freedom so we can get music recorded and out in the public space with minimal fuss. Before sharing our music I’ll usually spend a bit of time sourcing, sampling and editing footage to create visuals to compliment the music. I’m no Stanley Kubrick but it’s always an enjoyable part of the process.

Q: Which band would you love to made a cover version of?
We will be recording a cover of ‘The Teardrop Explodes - Camera Camera’ very soon. Great track.

Q: What are your plans for the future?
I’m just enjoying getting that buzz and excitement from creating new sounds again. I feel like we’ve just scratched the surface with Tomorrow Syndicate so who knows?

Q: Any parting words?
Our debut single ‘Into the Void/ X for the Unknown’ will be released via ‘Polytechnic Youth’ in the near future. Get on it!
*
*
*
Thanks