Looks Like Rain with Signals and Alibis - An Interview 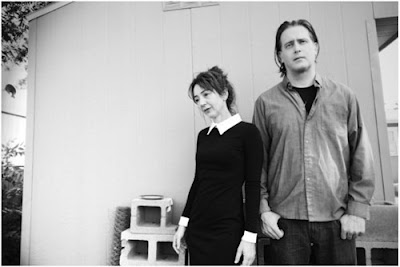 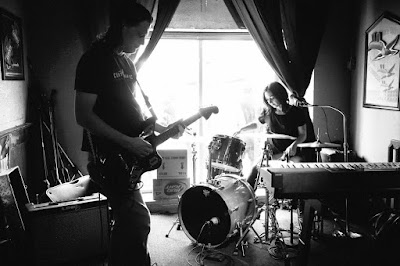 Q. When did Signals and Alibis start? Tell us about the history...
Brian: In early 2010, I reconnected with a bassist I played with in the late '90s, and we started looking for a singer. We wound up with a drummer, and for the next few months, we auditioned a handful of singers, but they never worked out. Then, in October, a friend of the bass player met Rebecca and mentioned that we were looking for a singer.. We e-mailed with Rebecca for a few days and met to give her some instrumental demos. She also gave us a CD of her playing piano and singing a few cover songs. Rebecca came to a practice within a week or so with lyrics worked out to a couple of the songs, and they were a perfect fit. And now we've been a band for almost 6 years. We were a 4-piece for almost two years, and we became a 2-piece in early 2013. We recorded and released our first CD, "Laid Bare", at the end of that year. We recorded "Looks Like Rain" in August of 2015, and it was released in July, 2016 on the local Dreamy Life Records label.

Rebecca: We have an event here called Arts Goggle, where this trendy street closes off to traffic, craft artisans set up tents, and bars and businesses feature local bands and artists. I was hanging out at my friend’s business, and she had a couple of older guys singing and playing acoustic. I chatted them up on their break, asking about their history and so on; they asked if I sang, and I jokingly said I was famous in the karaoke circuit. They asked me to sing a song with them, and afterwards told me about a friend who was looking for a singer for her band. I’d long given up on any serious musical pursuit, having chosen a different career path, but this opportunity was too serendipitous to ignore. I’d never been in a band nor had I ever written a song, but after meeting with Brian and the others – and after hearing the material they’d been working on – I knew it was the right fit.

Q: Who are your influences?
B: There are so many! The Cure, I D A H O, Joy Division, Bauhaus, Jeff Buckley, Slowdive, Curve (our name comes from one of their songs), Low, Siouxsie & The Banshees, Jane's Addiction, The The, The Smiths, Dead Can Dance, Starflyer 59, Smashing Pumpkins, P.J. Harvey, Portishead, Radiohead, Centro-matic...I could keep going. Ha.

R: Growing up, all I was exposed to was classic rock and the musical, Jesus Christ Superstar (I’m not kidding – my mom played it daily, all day, through the duration of lent), plus whatever pop crap was on the radio. I fell in love with classical music in my early teens and stuck with that until I turned into the type of teenager who just wanted to piss off my parents, at which point I turned to metal, punk and industrial music. When the dust settled, I’d say the lasting influences have been Nine Inch Nails, Ministry, Smashing Pumpkins, Pigface, Janis Joplin, Pink Floyd, Tom Waits, The Cure, Siouxsie and the Banshees and Portishead...and Jesus Christ Superstar.

Q. Make a list of 5 albums of all time…
B: That's always a tough list to make. For me:
The Cure - Disintegration
I D A H O - Year After Year
Jane's Addiction - Ritual De Lo Habitual
Dead Can Dance - Toward The Within
Siouxsie & Banshees - Nocturne

Q. How do you feel playing live?
B: It's fun. I've always enjoyed playing live, especially in new places and for new crowds. We try to play live at least once a month.

R: I feel ridiculous just standing there singing, which is why I try to do as much as possible. The challenge of looping, playing, hitting pedals, singing, drumming, performing – it puts me in this focus mode that allows me to connect deeply with the songs. There have been times when it’s so powerful, I’ve felt as though I were levitating.

Q. How do you describe Signals and Alibis sounds?
B: Indie/post-punk/shoegaze. The new E.P. is more electro, but with layers of guitars and vocals.

R: When people who haven’t heard us ask what we sound like, I usually say, “It’s different.” And it is, because I don’t consider us married to any one genre. Lush, dreamy, melancholy, punchy, synthy...there’s a little bit of everything.

Q: Tell us about the process of recording the songs ?
B: Another old band mate of mine, Adam Skokan-Guinn, helped us record at Rebecca's house. It was all recorded using Cubase. It only took a few sessions that were spread out over four or five weeks. Adam did a great job recording and mixing these songs. He has a great ear and knew exactly what we were going for and wanted these songs to sound like.

R: Though our latest CD isn’t what I’d consider the norm, sound-wise, for us, Adam completely captured every single aspect and nuance of what I’d heard in my head. Recording wasn’t complicated, as we loop these songs live and sort of kept that same feel, but mixing is where it can all go wrong. Fortunately for us, Adam made it all go right. He’s sheer genius.


Q. Which new bands do you recommend?
B: Public Love Affair, Paper Saints and Little Science. They are all bands from Dallas, TX. Moving Panoramas is from Austin, TX. Cantalouper is from Columbia, MO.Cave Of Swords is from St. Louis, MO. Enemy Airship is from Columbia, MO. Mean Motor Scooter is another Fort Worth band.
School Dance is from Denver, CO. Fur Coats is from Portland, OR.

R: What Brian said. And while they’re not all exactly new, some recommended off-the-beaten-path bands are: Dark, Dark, Dark, Zola Jesus, 3 Teeth, Odonis Odonis, Made in Heights, Conveyor

Q: Which band would you love to made a cover version of?
B: There are a handful of songs I've always wanted to cover from R.E.M., Joy Division, Echo and The Bunnymen and a few others.

R: I’d love to take a great songwriter like Leonard Cohen and totally shoegaze/slowcore out his songs.

Q: What are your plans for the future?
B: We're going to keep writing and recording songs and evolve our sound. I'd also like us to have more releases each year. Either just online or physical CDs. We have two songs that were recorded last year in a studio that don't really fit with some of our other songs and were supposed to be released on a split E.P. with another local band, but they broke up. I'd like to have those released by the end of this year. We also have another release in the works for the end of the year, but it's kind of a surprise.

R: My goal is to incorporate more instruments into our live performances. Maybe it’s me playing drums with one hand so I can use the other to mess with something else. Maybe it’s Brian looping more and playing some synth. Maybe it’s us switching places. I want more, more, more with less, less, less.

Q: Any parting words?
B: Thank you so much for the time and asking us to do this. I really enjoy your blog and compilations. We look forward to contributing to one, soon. The band, Cantalouper, is how I discovered you and the blog since they were on the Starflyer 59 tribute.

R: To quote Mary Ann Evans, better known by her pen name, George Eliot, “It is never too late to be what you might have been.”
*
*
*
Thanks