Another Time with A Beautiful Machine - An Interview 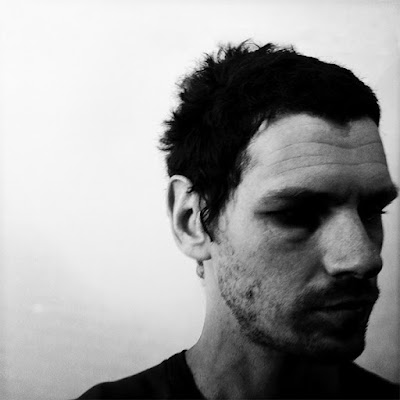 Q. When did A Beautiful Machine start? Tell us about the history...
It was 1999 and I was living in a warehouse in Fitzroy, Australia. My main band at the time was a doom/noise bass & drums duo called HALO (which later went on to be signed by Relapse Records in the US). At the time ‘though we were just doing our own thing, and I wanted to explore other less brutal sounds on the side. So I set up my old Tascam Portastudio, hung a big blanket over my amp (so I could record really loud without killing the neighbours) and started writing songs.

The next few years were very fruitful for songwriting ideas, with ABM remaining as a very enjoyable break from the other musical things in my life (HALO, and then increasingly Terminal Sound System), as well as an avenue to explore writing more “traditional” pop songs, and to tell the stories that I couldn’t tell through my other music.

I released all the ABM material myself through my CDR and netlabel Embryo Recordings. In what seems like a charming anachronism these days, people used to send me cash in the mail in return for CDRs (printed, with full artwork). It was always a nice surprise to receive exotic banknotes in small denominations from the other side of the world (this was mostly pre-Euro currency).

Although I’ve not recorded any new ABM material in some time, the project remains very dear to me, and there are always plans for the future.

Q: Who are your influences?
Generally my musical loves (and influences) are wide ranging, from Jazz to Metal, Noise to Roots Reggae & Dub, Shoegaze to Soul to Techno, and more.

Other significant influences on ABM and all my music are Science Fiction / Fantasy books and films, specifically: the Hyperion Cantos by Dan Simmons, Bladerunner, 2001: A Space Odyssey, the earlier works of Clive Barker, the Bridge trilogy by William Gibson, and also various “pop”-science books on Quantum Physics, space travel, Cosmology, and so on.

Q. Make a list of 5 albums of all time…
That is a very big ask! :) OK, so keep in mind that this will be a different list every day that you ask me.. This is today’s list:
Miles Davis - Bitches Brew
The Cure - Seventeen Seconds
The Jimi Hendrix Experience - Electric Ladyland
Ride - Going Blank Again
King Tubby - 100% of Dub

Q. How do you feel playing live?
Personally, playing live for me brings mixed feelings. I get very nervous beforehand, but the exhilaration is one of the greatest highs.

When you’re “on” you become a hot wire, a direct conduit. You are channelling the essence of art, creating in real time. When an artist plays live, they own this moment in our consensual reality. We enter their sphere and actually become part it.

Specifically to ABM - well ABM, being a studio project of one person, has never played live. So my comments are based on all the other live music I have played, mixed, and witnessed.

Q. How do you describe A Beautiful Machine sounds?
When I describe it to myself, it’s “shimmering melodies wrapped in deep space”. That’s always been my idea for ABM, and I do think it mostly fits.

When I need to describe it to another person, I describe it as “Space Rock”. Or maybe just “Shoegaze”, if I think they will know what I mean.


Q: Tell us about the process of recording the songs ?
For ABM usually everything starts with myself and a guitar and a few effect pedals, looping melodic ideas and singing over them, or layering up chords and searching for the point where you can hear the vibrations.

I work alone in my own studio, it’s a pretty intense solitary process. Once a main idea is recorded drums are usually added, and from there it’s a matter of building - discovering - the right texture. It’s almost like a taste, when a piece of music is reaching its realisation. I can feel it on the tip of my tongue.

You know the feeling when certain harmonies are struck and it seems like the very air itself is actually moving? Or breathing, like you can feel the individual molecules rubbing up against you.

Anyway, to me that is the point when I get excited about music - at that point it feels like I am a part of a chain, or a stone is a fast running stream. I try my best to shape all that energy into a static thing like a song - it’s never as good as the initial feeling, but sometimes I manage to capture a bit of it.

Q. Which new bands do you recommend?
Well firstly I recommend my other project Terminal Sound System. It started around the same time as ABM as an electronic/dub thing, these days has become a post-rock/folk/electronic thing:
terminalsoundsystem.com/

Other things that I’ve been enjoying:

Floex (AKA Tomas Dvorak). Not really new, though. He has done the music for several great computer games (Samarost, Machinarium), and his album Zorya is fantastic. A really inspirational artist.

There is a lot of amazing music being made for independent games. Martin Stig Andersen’s work for Limbo is great, as is Ben Babbitt’s work for Kentucky Route Zero.

Actually for the past few years I’ve been listening to a lot of older music, dub reggae and rock from the 60s and 70s. And anonymous techno mixes on Youtube.

I’ve kind of been in my own world musically for some time, listening to this great stuff and then making tunes that are completely different from that.

Maybe you could suggest some great new bands to me, I’d appreciate it!

Q: Which band would you love to make a cover version of?
“Set The Controls For The Heart of The Sun”, by Pink Floyd. Actually, ABM did record a version of that, I believe it was on the CDR versions of Solar Variants. But these days I don’t think it was very good. It’s been a long time since I’ve heard it. I’d love to believe that I could do that justice, but honestly the version on “Live at Pompeii” is one of the greatest moments in modern music.

There are so many songs I’d love to play, but I think are so perfect that it would be really difficult to do them justice. It would have to be something completely different. Cover songs are only really ever good when they are done in a totally different way.

Actually I’ve been working on a version of Ricky Nelson’s “Lonesome Town”, for something else. I reckon that would be a good one.

Q: What are your plans for the future?
Currently I am finishing up mixing a new Terminal Sound System album. Psychedelic and bleak. Universes imploding as seen by the Manson Family in space. It’ll be out on Denovali Records next year.

I’ve had plans for a new ABM release for a long time. But I have so many plans.

I also have another bunch of songs mostly recorded that may be new ABM material. Lots of distorted harmonics, making air move. It’s ABM-like, but different. It will definitely come out soon-ish, but I’m not sure what name it will come out under.

Anyway, plans for the future are always more music. This is my life - father, partner, musician.

I have a personal philosophy. To cut it down to the bone I believe we must create beauty to fill the empty spaces that are created when we take. Everything else that takes gives back, everything is a cycle - what we can give back is art and love and stories. Those are my plans for the future.

Also: Thanks for your interest in my music.

You can also get all the A Beautiful Machine albums, and check out my other projects, here: antisound.net
*
*
*
Thanks