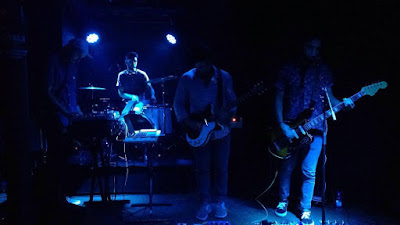 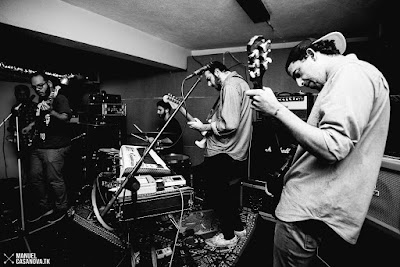 Q. When did Treehouses 2290 start? Tell us about the history...
1- The band started in late 2013, as our guitarist and multi-instrumentalist Pedro Simões had the urge to try something new music wise. After meeting the bass player Matheus Aragão, we quickly realized we shared common interests. After talking for a while, Diogo Beirão and João Medley join in to play guitar and drums respectively. Years later, with some EP´s released, André Isidro joined the band in second guitar and vocals.

Q: Who are your influences?
2- Our influences go mainly by the music each of us is listening at the moment. The songs are normally started by Pedro, and then the rest of the band adds parts in rehearsal. So each one of us has different influences and ideas where the songs should lead, but eventually it all makes more sense sometime after.

Q. How do you feel playing live?
4- Our songs generally have a different feel when played live in comparison to their studio version. Maybe because of our punk rock background, we tend to play much louder, a bit faster and tend to turn the drive knob on our pedals way more than we should. We just try to have fun, and make everyone feel that as well.


Q. How do you describe Treehouses 2290 sounds?
5- Jokingly, we always say we play music to fall asleep to. It’s up to the people who see us whether they agree or not.

Q: Tell us about the process of recording the songs ?
6- We spent a long time working on those 4 songs. Because of that the recording process was a bit quicker than usual, because we were so well prepared. We just went and recorded all live instruments in a few days in André’s house (who was also the engineer behind the recordings)

Q: Which band would you love to made a cover version of?
8- I think we could say Velvet Underground as it is an extremely influential band and a direct influence in our sound as well.

Q: What are your plans for the future?
9 – We plan on recording an LP as soon as possible and playing live as much as we can. There is also a video clip in the making. 10- We want to thank all our fans and the people who have supported us in any way!