Saturday Sunday with The Summer Dolls - An Interview 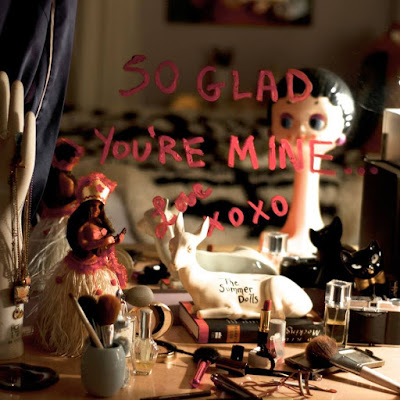 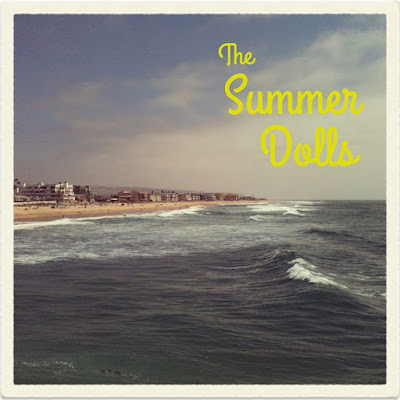 Q. When did Summer Dolls start? Tell us about the history...
A: We consider the first "unofficial" Summer Dolls song to be "Rebels" on Allan's solo album "Into the Heart of the Sea", as it featured our voices together (along with noisy surfy Fender guitars) for the first time. After that, Christine recorded lead vocals on several new West-Coast-influenced sunshine pop songs, and The Summer Dolls were officially born. We released a couple of songs at a time for a while and then remixed the best of those and recorded several brand new tracks for our new self-titled record.

Q: Who are your influences?
A: They fall into a couple of main "buckets": first, a noir spin on the early-'60s girl groups and L.A. pop scene -- The Shangri-Las, Beach Boys, Jan & Dean, Phil Spector's groups, Glen Campbell... And then several left-of-center, shoegaze, or noisy dream pop bands -- The Raveonettes, Starflyer 59, Bon Voyage, My Bloody Valentine, The Pipettes, Lucky Soul, The Postmarks...

Q. Make a list of 5 albums of all time…
A: These are 5 of our personal favorite go-to records:
The Raveonettes - Lust Lust Lust
The Beach Boys - Today!
That Thing You Do soundtrack
Simon & Garfunkel - Parsley, Sage, Rosemary & Thyme
Traveling Wilburys - Vol. 1

Q. How do you feel playing live?
A: We are a studio/recording group only :-)

Q. How do you describe Summer Dolls sounds?
A: Surfy spacey dreamy retro cute sunshiney noise pop. Or, if with the help of a time machine, David Bowie and Brian Wilson co-produced a Roy Orbison/Best Coast/Dick Dale collaboration of a Velvet Underground/Zombies/Bee Gees medley.


Q: Tell us about the process of recording the songs ?
A: We typically work quickly -- part of The Summer Dolls' aesthetic is to not over-think any part of the process, but to simply see where instinctive creativity takes us. Allan typically comes up with a chord progression and mood first. We don't often record separate demos of the songs, unless it's just a vocal and guitar to work out melodic and lyrical ideas. Instead, Allan will craft maybe 60% of the final recording, and then we will both write lyrics and fill out the arrangement. For lyrics, either one of us writes most of the lyrics and then the other adds to or adjusts them, or we'll write 100% of the lyrics sitting together. We record vocals and any orchestral instruments last. And in keeping with the uncluttered, move-quickly Summer Dolls aesthetic, most instrumental parts (particularly guitar and bass) are recorded in just 1 or 2 takes.

Q. Which new bands do you recommend?
A: We listen to a lot of Lord Huron's "Strange Trails" and a new favorite band is Public Service Broadcasting -- brilliant, brilliant music. We've worked with a band called The Coasts that is just delightful, and Cheyenne Medders is a friend and an ace songwriter (and the mastering engineer of our record). We like everything from Lukas Graham and The Killers to Sturgill Simpson and Ryan Bingham.

Q: Which band would you love to made a cover version of?
A: We've talked about making an EP of Everly Brothers songs. The Ramones would also be a lot of fun, and Nancy Sinatra/Lee Hazlewood would be a thrilling if ambitious choice.

Q: What are your plans for the future?
A: Making Summer Dolls music is a lot of fun, and we will certainly record more songs. We'd also love to see how our music would match up with video -- film, TV, music video, or all three. We love all sorts of creativity and are also connected to a music and arts digest called Thee Broken Record.

Q: Any parting words?
A: The best feeling in the world when we've created a piece of pop art is for it to connect with someone and to become part of their life's soundtrack. That always brings a smile to our faces and makes us reach for the Fender Jazzmaster and turn up the reverb once again! Thank you so much for listening!
*
*
*
Thanks