Wouldn't You with Flirting - An Interview 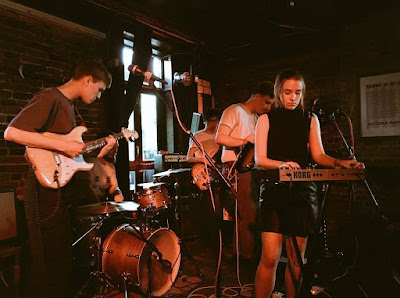 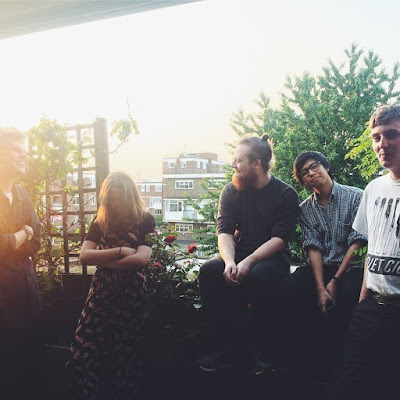 Q. When did Flirting start? Tell us about the history…
The day after David Bowie died, Poppy and Arthur were stood inside London's Old Blue Last watching Diet Cig, when we decided that we probably ought to finally get our act together and finally form that band we were talking about forming. We called up our pal Kevin to play bass, and had one absolutely terrible rehearsal (Arthur drummed with pencils, Kevin had to borrow a bass and Poppy mumbled shyly the whole time) .

A few weeks later Andy would pass the initiation ritual to join the band (it involves silly hats). And William only really got involved with the band because and we really needed a drummer for our first gig - he was the missing piece, and made us Flirting. Coincidentally this first gig was back in the venue where the whole thing started at. We like nice full circles.

Q: Who are your influences?
Goodness knows. Pixies, Sonic Youth, Lush. Noise! We’re really big fans of noise and fuzz. And don’t forever Poppy’s two Davids: Bowie and Byrne. Andy likes a good bit of no-wave and post-punk which I think you can hear. Otherwise we’re all quite esoteric - you’ll find us at all sorts of shows and with all sorts of noises in our ears. Our bassist and drummer were once spotted with electropop sensation QT of PC Music fame.

Q. How do you describe Flirting sounds?
Angsty, anxious, and very very noisy. We once played a show with basically a glam rock band, and they would later describe us as “a hot mess” which a stunningly accurate description. Our two guitarists bonded over a love of sadboi bedroom pop (e.g. salvia palth, alex g, pill friends, etc.) and the guitars therefore somewhat emulate that nervousness.


Q: Tell us about the process of recording the songs ?
So Wouldn’t You comes from a extended jam. Which is how a good few of our tracks come to life. Usually someone brings a few chords to practise and before we know it they’ve been fleshed out into a song. We seem to work better under pressure - we feel a lot better about a gig if we’ve got something we’ve written a few days before to perform.

Q. Which new bands do you recommend?
We’re all really big fans of Kero Kero Bonito right now. London being London there’s constantly new bands springing up quite literally around our feet, so please please please check out some of the lineups we’ve been on for good sounds! Especially Chest Pains, Party Hardly and Dingus Khan. There’s a lot of good London based post-punk at the moment like USA Nails, Slowcoaches, Modern Rituals, Sauna Youth, The Bodies, Nervous Conditions (Cambridge), Prison Whites, new Johnny Foreigner album, Porridge Radio (Brighton). We also played a few shows with the Danish punk band Less Win and have pretty much religiously listening to their new album Trust.

Q: Which band would you love to make a cover version of?
This is actually a massive point of contention in the band right now. We’ve already covered New Orders ‘Age Of Consent’. I think it’s probably The Sugarcubes right now. Such is the problem with such a wide range of influences and interests... we go between Robyn and Death Grips as potential covers in the space of 48 hours.

Q: What are your plans for the future?
Play more gigs, record some more things. Put something out in physical form and hopefully over the next few weeks - a music video. Look out for it!

Q: Any parting words?
Stay in school kids.
Silver is a neutral.
*
*
*
Thanks