Still There with The Truth About Youth - An Interview 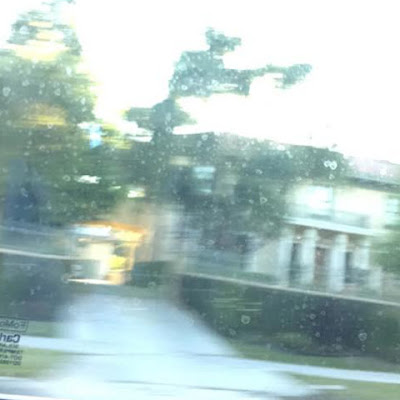 
Q. When did The Truth About Youth start? Tell us about the history...
The Truth About Youth started when I decided to put this collection of songs on Bandcamp. I recorded it during the last month of summer, before I left to attend college in Los Angeles. Before that, this project didn't exist. I made the album after a long period of not being in any bands or making music, and I decided to release it the night before I moved out of my house.

Q: Who are your influences?
My biggest influences over the last couple of years would be: Deerhunter, Stereolab, Spacemen 3, The Radio Dept., The Brian Jonestown Massacre, Slowdive, Beach Fossils, Grandaddy, Rocketship

Q. Make a list of 5 albuns of all time…
5 of all time is way too difficult, so I'm just going to do my top 5 at the moment. (In no particular order):
Deerhunter - Microcastle/Weird Era Cont.
Car Seat Headrest - Teens of Denial
Oeil - Urban Twilight
Froth - Bleak
Animal Collective - Sung Tongs

Q. How do you feel playing live?
I've never played live as 'The Truth About Youth'. I've only existed under this name for a month, so I have not had enough time to get a real band together. But I would like to if possible. (If you're in the Los Angeles area, get in touch!)

Q. How do you describe The Truth About Youth sounds?
Soft, low fidelity noise, with a gentle heart.

Q: Tell us about the process of recording the songs ?
I recorded it on a combination of cassette recorders and my laptop, in my parents garage. As I mentioned before, it was the month before I left for college, so that time constraint sort of pushed me to make these songs while I still had the chance.

Q. Which new bands do you recommend?
Super Defense. They released two new songs over the summer, Sinking/Anything, both amazingly catchy and just all-around great songs. I can't wait for them to release an album.

Q: Which band would you love to made a cover version of?
I'm not too interested in doing covers at the moment, I did so many of them in high school that I kind of got tired of playing other people's music.

Q: What are your plans for the future?
In the near future I hope to get a band together so I can play these songs live, and besides that I hope to work on new music in between college busyness.

Q: Any parting words?
Thanks to everyone who reads this or checks out the music!
*
*
*
Thanks