If I Ever with Orchin - An Interview 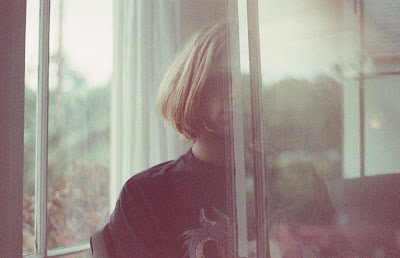 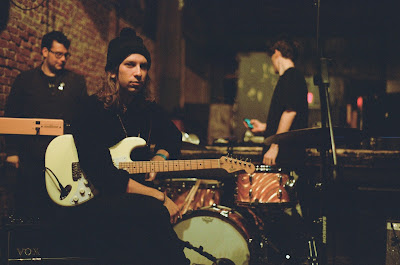 Q. When did Orchin start? Tell us about the history...
Orchin started this year, though really that depends on your definition of start. We’ve never played a show so if that is a requirement then we still haven’t started.

Q: Who are your influences?
I have such a huge range of influences it’s hard to narrow down. Sonically, the roots of this band definitely stem from the 80’s post punk, goth rock roots of bands like The Smiths, The Cure, Joy Division, My Bloody Valentine, stuff like that. Lately though I’ve been listening to a lot of Arthur Russell, particularly his posthumous stuff, Einstürzende Neubauten, Brainiac, The Birthday Party, kind of opposite ends of the spectrum. There’s a really interesting space in the middle of noise and singer songwriter music that I try to occupy with everything Orchin does.

Q. Make a list of 5 albuns of all time…
Heaven Or Las Vegas, Either/Or, Pyschocandy, Loveless, The Queen Is Dead

Q. How do you feel playing live?
Like I said before, we’ve never played a show.

Q. How do you describe Orchin sounds?
In my head Orchin sounds like the punk band Marie Antoinette would hire to play her birthday party.

Q: Tell us about the process of recording the songs ?
For recording we usually get all the best top 40 writers and session guys and just say give us two songs by the end of the week and then we put them out and take credit for everything.


Q. Which new bands do you recommend?
Pinegrove put out one of my favorite albums this year, same with DIIV, Parquet Courts, Mitski, Whitney, Frank Ocean, Blood Orange. I think Dev Hynes is the most important musician around right now, not just for his musical intelligence but he brings so many important issues into the minds of his listeners in such a coherent, easy to understand way. I don’t know how he does it but if I can be half as great as him I’ll die happy, hopefully live happy too. Honestly though, this is an extremely intimidating year to be making music in, these are only the big time highlights. There’s also so much great music coming out of LA right now, BOYO, Ferbus, Traps PS, Entertainment Law, Prissy Whip, Model/Actriz (though they’re from Boston). It’s hard to talk about it without getting choked up but David Bowie’s “Blackstar” is probably the most beautiful and powerful album ever made. He tackled the thing that everyone fears and ignores most with such ease and grace while staring right down the barrel of the gun.

Q: Which band would you love to made a cover version of?
There’s plenty of stuff I’d love to cover but I don’t think I’d ever have the balls to do it just because it’s almost impossible to do a cover justice in this day and age.

Q: What are your plans for the future?
I don’t really have any plans, I have so many songs right now that I just want to keep recording and put them out. Hopefully play some shows soon too.

Q: Any parting words?
Dev if you’re reading this lets hang out.
*
*
*
Thanks