These Beautiful Things with Guest Directors - An Interview 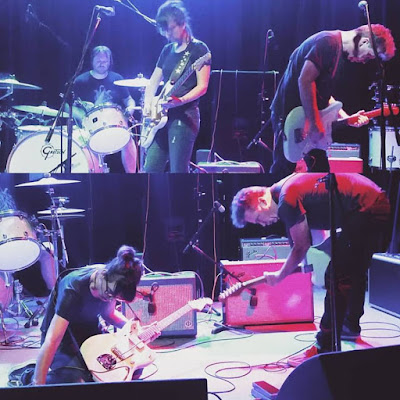 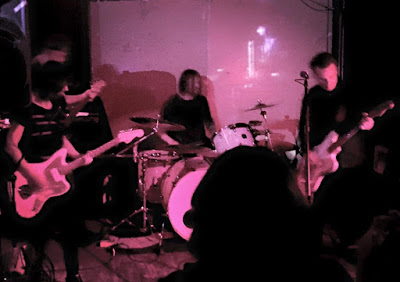 Q. When did Guest Directors start? Tell us about the history…
Julie and Gary met summer 2014 via Craigslist. Gary’s ad wasn’t very specific, but had a lot of intriguing keywords and photos of vintage gear. Julie was just picking up guitar again after having switched to drums for a while, and was looking for people to jam with and get back into it.

Telepathy became apparent from the first jam. Gary found a drummer (Rian), through the same ad and he joined us the third time we got together. We all just meshed really well. We continued getting together to “improv” every few weeks and started developing those pieces into “songs” - at least, we gave them some structure. At this point we still weren’t calling ourselves a band! I think we started talking about being a little more “serious”, and looking for a bass player near the end of 2014 - we put out an ad but that didn’t really pan out. Gary suggested Steve, who he’d worked with before, and he ended up fitting in perfectly.

We started pulling together songs in earnest but still didn’t have a singer - plus we weren’t having much luck looking for one. By this point we were also a little protective of the good vibe we have with the 4 of us so Julie and Gary decided to take a stab at singing. We recorded the EP in April of this year, had our first show shortly afterward, and now we feel like we’re on a roll.

Q. Make a list of 5 albums of all time…
[julie] Impossible question! But here are some of my faves in context of Guest Directors:
Sonic Youth: Daydream Nation
Cocteau Twins: Treasure
Swervedriver: I Wasn’t Born to Lose You
Autolux: Future Perfect

Q. How do you feel playing live?
[julie] We’ve only had three live shows so far but the overall feeling has been FUN! I really love playing with these guys. The only struggle I have is not being able to hear myself sing when my guitar is as loud as I want it to be. Still trying to find a middle ground with that.

Q: Tell us about the process of recording the songs?
We decided to go with an EP this time out, so we first picked songs that fit together as a set. There are a lot of really good studios and engineers in Seattle, and we ended up going into Witch Ape Studios run by Tad Doyle. Also, Gary and Tad used to play together (in TAD), so we had a personal connection that made things really comfortable.

We scheduled two consecutive weekends, but, as often happens, we didn’t get as far as we expected - then halfway through the final Sunday session there was a huge storm and the power was knocked out in the neighborhood! That pretty much shut us down, and we had to wait a month for an opening to get back in and finish up. Instead of just booking a replacement day, we booked another weekend, so we had a whole extra day to finish up (and do extra guitar overdubs!).

Q: Which band would you love to made a cover version of?
[julie] There are a couple of Swervedriver B-sides from early EP’s that I’d love to take a stab at
The Psychedelic Furs
PJ Harvey.
There’s also an Ultra Vivid Scene song that I’ve been thinking would be a good cover

Q: What are your plans for the future?
We’ve applied to some small regional festivals so hopefully we’ll get accepted to at least one of those. We’d definitely like to record again in 2017 if possible. Ultimately we want to keep creating and see where it leads. Basically write more, record more, play more gigs!

Q: Any parting words?
Thanks - We appreciate your listening!
*
*
*
Thanks