Bloom with Dose - An Interview 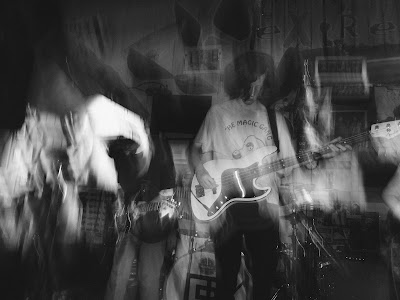 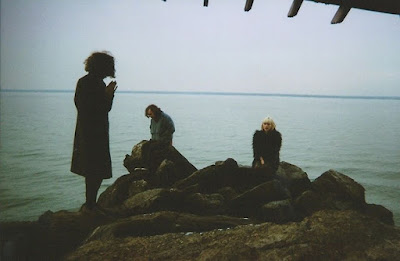 Q. When did Dose start? Tell us about the history...
A: Dose started roughly 2 years ago, me and Sean were in separate bands but ran a music blog together as we were into a lot of the same obscure bands. On the night of our first blog interview we saw a local band called Motion Tourist which was unlike anything we'd seen before, it was the first time we'd properly seen a band that used space and ambience to create atmospheric soundscapes live. The following day we wrote our first song.

Q: Who are your influences?
A: I've never felt myself tailoring our sound to a specific band or genre. It feels almost the other way round, I find myself listening to bands who sound like the music we're writing at the time - I was never into dark, eerie songs until after dose had went in that direction.

Q. Make a list of 5 albums of all time…
A: We could never agree on a joint top 5...
Sean:
The Horrors - Primary Colours
Be Forest - Cold.
Metronomy - Nights Out
Mourn - Mourn
Girls Names - Arms Around a Vision

Ewan:
The Chameleons - Script of the Bridge
Deerhunter - Halcyon Digest
Verve - A Storm in Heaven
The Horrors - Primary Colours
Interpol - Turn on the Bright Lights

Q. How do you feel playing live?
A: We do enjoy playing live and reaching new audiences but sometimes we come away disappointed. It's really difficult to recreate such a spacious sound when a lot of sound guys don't understand our music - one guy came out to our boards and changed our entire settings, refused to put reverb on the vocals because "the audience won't like it" and described us as "some ambient shit". It can be frustrating coming from a city with such a lack of interest in our type of music.

Q. How do you describe Dose sounds?
A: "some ambient shit"


Q: Tell us about the process of recording the songs?
A: Between the two of us we record all the instruments and vocals, we like it this way as we both know how we want the end product to sound - we write the songs, and want to get as close to those original ideas as we can.

Q. Which new bands do you recommend?
A: Ewan: For years we've used soundcloud and the blog to discover little known bands who deserve more exposure. At the moment i'm really into Seeing Hands who we met at one of our gigs and Ralph Cola, who messaged the blog a year ago, and have since played a show with him in Bishop.

Sean: I've also been listening to Fish a lot recently, and a guy called Audiomoan from London, who's song "A Second Coming" is one of my favourites this year. Transfigure are one of the few local bands we're into at the moment, who play dark synth music, reminiscent of the KVB.

Q: Which band would you love to make a cover version of?
A: For a while now we've been covering Crashed Out by Beach Fossils but it's probably something that'll slowly get pushed out the set by new songs. We'd love to cover something that has a completely different sound to ours and make it our own, similar to what Slowdive did with their rendition of Golden Hair. We've been thinking about covering artists like Caribou and dwelling over the idea of covering Washer by Slint at some point too.

Q: What are your plans for the future?
A: We're planning on doing a few uk dates next year outside of Newcastle with a few bands we know, as well as continuing to write new music which will hopefully lead to an EP next year.

Q: Any parting words?
Thanks for taking the time to speak to us, our first release 'Bloom' came out a few weeks ago, which you can hear below. At the moment we're on our way to Liverpool Psych Fest to see The Horrors, doing the interview has been a great way to pass the time on the bus.
*
*
*
Thanks