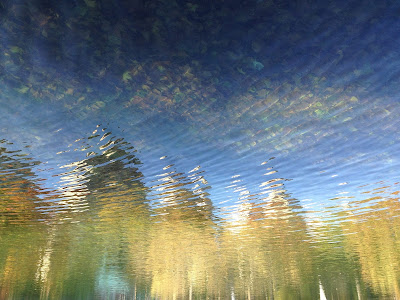 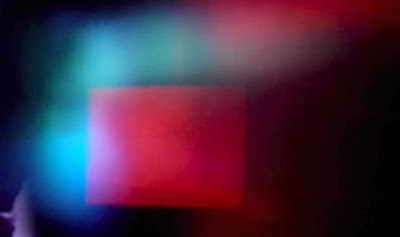 Q. When did Warm Deltas start? Tell us about the history...
Warm Deltas started in late winter of 2014 as a recording project. I guess at first it was more psych-pop or I guess that's at least what I was into at the moment. I was in another band at the time, the N.E.C. (naturalextensionconcept), and I was also doing a synth project called, Soundtrack. I felt like doing something new from the ground up and basically Warm Deltas is a synthesis of those two approaches. I was in a transition of moving to LA from Atlanta, so there was a whole new thing happening with where I was at creatively. I came out to LA and immediately recorded what would become REX VIRGINEM. I wrote a bunch of songs and threw them out -- or stored them away -- because the solo recording project wasn't what I was into. I decided I wanted to play with people in a band situation. My good friend, Harvey Leisure from Nest Egg, suggested I contact James DeDakis to play drums. He turned-out to be really great so now we're in the process of recording a record and starting to play out more.

Q: Who are your influences?
My influences are definitely drone music/sitar music as well as 60's rock and roll. Might as well be honest. There's a whole middle ground area to explore between those worlds. That's the stuff that turned me on when at a very formative age and the good examples have stayed just as fresh to my ears. I have definitely broadened my horizons over the years and appreciate basically any type of music for what it is but I think sonics are so much of what influences me more than song writing.

Q. Make a list of 5 albuns of all time…
Tuff. I definitely need to mention: VU and Nico, Piper at the Gates of Dawn, Ravi Shankar's first Columbia album, Mozart box-set and Ziggy Stardust

Q. How do you feel playing live?
Depends on the night and the crowd. I have a strange relationship to performing -- I'm sure everyone does. Sometimes I really need to perform and live for it and other times I'm not as jazzed about the arena that the music is being played. I really want to get into playing in unconventional places. All my most transcendent musical performance experiences have been outside. Being able to look up the sky while feeding-back is truly one of the great sensations.


Q. How do you describe Warm Deltas sounds?
I guess psych or psychedelic. I think those terms mean something to a large enough group of people who appreciate music. I don't apply those generically. I try to go pretty far into what those terms describe. I think all it really boils down to is what it means, instant change of perspective. I love stuff like that. I think live we jam on some drones but at this point it's just a two piece so we tend to groove on things and expand segments.

Q: Tell us about the process of recording the songs ?
Good timing. We're about to start recording for a record this week. We're doing the basics live to 1" 8track then we'll do some dubs and stuff. I do a lot of music production work and have bunch of equipment with my studio partner, John Armstrong. It's going to be fun to be able to set up and not worry about anything but playing. Some songs go through the ringer of processing. I like to do a lot of tape speed manipulation and things like that. It stretches the harmonics of sounds. Some songs are like that and some songs are more straight-forward. I do many versions of songs to figure out how to produce the most appropriate result. Or try to, at least.

Q. Which new bands do you recommend?
The bands I would suggest everyone check out are Jovontaes, Nest Egg, Sovus Radio, All the Saints, Harry Talin, Street Gnar, The Difference Machine

Q: Which band would you love to made a cover version of?
I'm not really sure. I don't really do covers. The only cover I've done is Cruel Sea by the Ventures.

Q: What are your plans for the future?
Well, I guess like anything it's a bit of a mystery. Musically, I'm still going down the path I started on a long time ago. I think the idea is to mine ground and keep going. You hang signs with recordings and chart your course that way. I figure with art there's always something new expanding pushing to get out.

Q: Any parting words?
I would like to thank you for this interview. I would love very much to see Brazil!
*
*
*
Thanks